Later that year, another standalone MOBA would have a much bigger impact. When Feak left Dota, he eventually joined a developer called Riot Games. The company soon created its own version of the title called League of Legends. It was similar to the Warcraft III map in style and design, but its aesthetics were a bit more cartoony and the mechanics a bit easier to understand.

Most importantly, however, was its pricing structure. League of Legends was free to play, meaning that anyone could download it and immediately try it by using a rotating selection of free heroes. However, if you wanted a specific hero that wasn’t free, you’d have to buy him or her. The business model was a huge success. Suddenly, people who would never download a mod for an old PC game like Warcraft III were curiously trying out the new MOBA, a term that Riot Games itself coined.

As of January, League of Legends has 27 million daily players.

In 2010, another standalone MOBA entered the scene. Created by developer S2 Games, Heroes of Newerth also took most of its inspiration from Dota Allstars. In fact, it was in many ways more faithful to the original mod than League of Legends was.

However, Heroes of Newerth originally launched as full-priced game, meaning no one could play it before they bought it. It would eventually move to a free-to-play model, but it was never able to match League of Legends’ popularity.

In 2009, the same year that League of Legends launched, famed Half-Life developer Valve announced that it had hired IceFrog, that modder that had taken over maintaining Dota Allstars after Feak left for Riot Games. IceFrog and Valve were working on Dota 2, another standalone successor to the original Dota. 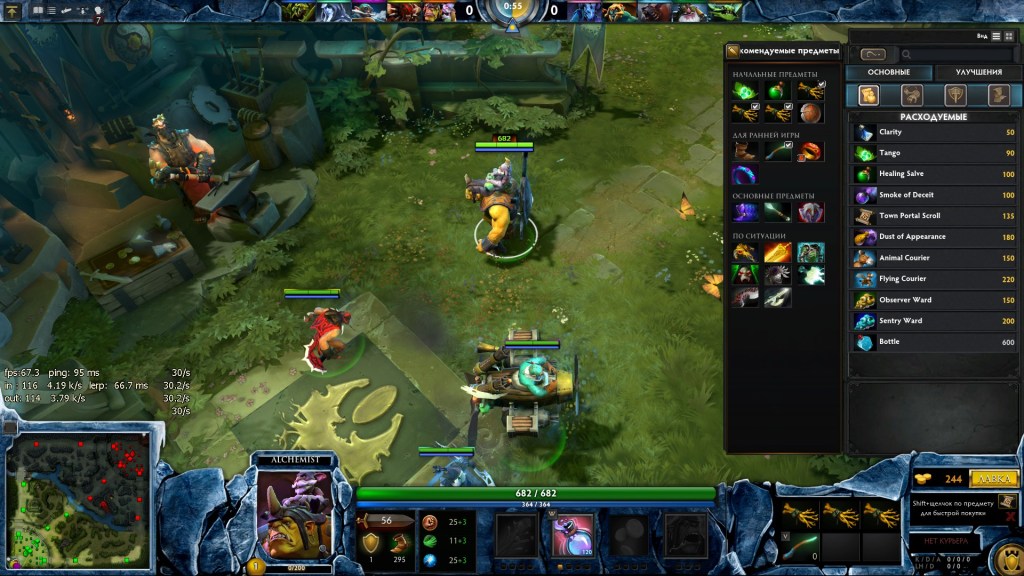 Above: Valve’s Dota 2 is a faithful sequel to the original Defense of the Ancients.

Like Heroes of Newerth, Dota 2 was incredibly faithful to the original Warcraft III map although it had much nicer graphics thanks to Valve’s Source engine. It was also free to play via Valve’s digital store, Steam, right at the game’s 2013 launch.

Dota 2 had 7.86 million subscribers in the month of April. While that’s far from League of Legends’ astronomical popularity, it’s still an impressive number in its own right.

The success of titles like League of Legends and Dota 2 helped to make MOBAs one of the biggest trends in gaming. Soon, other genres borrowed ideas from MOBAs to create something new, like the 2010 third-person shooter Monday Night Combat, which looked like another team-based shooter to the casual observer but featured MOBA elements like creeps, turrets, and lanes. 2012’s Awesomenauts would try to translate the MOBA experience into a 2D affair.

Still, MOBAs were mostly played on computers. 2012’s Guardians of Middle-earth, however, attempted to bring the same experience to consoles albeit with simpler controllers and easier mechanics. Guardians of Middle-earth also marked a new trend of adding existing, popular properties to new MOBA games. The upcoming Infinite Crisis will use a roster of DC Comics superheroes and villains, while Blizzard, the developer that created the games that modders used to birth the genre’s origins, is using characters from its different franchises for the upcoming Heroes of the Storm. We’re even seeing MOBAs on mobile platforms now, including Zynga’s 2013 Solstice Arena.

Above: Blizzard’s Heroes of the Storm uses an all-star cast from Diablo, Warcraft, and StarCraft.

And there are still many, many more coming. It seems like almost every major publisher has its own MOBA in the works. And we continue to see other games take inspiration. In next year’s Evolve, for example, players control four human characters and one monster in an asynchronous, competitive multiplayer experience. While controlling the humans is similar to playing a first-person shooter, the monster can attack computer-controlled creatures to earn experience, level up, and learn new abilities. Clearly, Evolve has a little MOBA in it.

We don’t know if this excitement amounts to everyone trying to catch up to a popular fad or if it really signals the future of gaming, but it’s obvious that MOBAs are creating waves throughout the industry. It had the humblest of origins, but this highly competitive gaming experience is certainly not done making headlines.