Dota 2 is a game played by millions of people worldwide, but it’s also home to a committed group of artists who create and sell unique content for its many heroes through the Dota Workshop.

So while the continued success of Valve’s free-to-play multiplayer online battle arena (MOBA) game is helping to grow the world of e-sports, the Dota 2 Store plays host to a shared business model that splits the proceeds from the sale of small in-game items between their creators and the publisher. Community members submit their own ideas — as fully-formed 3D models — for items like armor sets, companion animals, and wards to spy on enemies, and Valve selects the best for inclusion in the game store.

It’s a model that has proved life-changing for many 2D and 3D artists previously employed at game studios who now find themselves with a staggering amount of creative freedom.

GamesBeat reached out to five of the artists making a living from the Dota 2 Workshop to find out about their creative process, their transition from gaming studios to independence, and what it’s like working with the notoriously secretive gaming giant Valve, albeit from a distance.

Welcome to the Red Moon Workshop

The guys at Red Moon Workshop don’t really keep office hours. They’ve created some of the most iconic items in the Dota 2 store — including the red panda courier, Redpaw, that brings supplies into the heat of battle — and their ongoing commitment to their work is clear.

“Our job schedules are … very interesting,” said Brent LaDue, also known as Bounchfx, at the start of my Skype call with the three-man team. “It’s erratic. Is work done? No — stay up.”

LaDue is the 3D artist responsible for modelling the team’s designs for inclusion in Dota 2. Andrew Helenek is the animator in the team, bringing the designs to life, and Sirio Brozzi, known as Oroboros, is in charge of everything 2D-related, including initial concept art, marketing images, and icons.

From the outside, Red Moon Workshop looks like it’s nailed the art of creating items for the Dota 2 Workshop, but it hasn’t been easy getting this far, and the team insists it’s still learning to navigating Valve’s innovative but sometimes obscure user-generated content model.

LaDue and Brozzi were both employed at development studios within the gaming industry when they started creating for Dota 2. At first, it was a side project for both, but it soon turned into a full-time gig.

Brozzi was working at Sony in Austin, Texas, but the studio ran into trouble. “I was laid off and was given a severance,” he said. “That severance was enough for me to actually transition comfortably into full-time Dota.”

The decision to set up independently came easily. “I’ve been in the industry for about five years, six years,” he said, “and I had some dissatisfaction from what I’d seen of the industry, and I just wanted to break off into doing something of my own.”

Brozzi and LaDue came together to create Dota 2 items thanks to an introduction from a mutual friend. For a while, LaDue was working 16-18 hour days — 10 hours in the office for his day job and up to 8 hours at home in the evening on Dota 2. It got to be too much despite the fact that he was loving creating, and he decided to jump into Dota 2 full-time with Brozzi “and see what happens.”

Helenek then joined the team, having moved straight into designing for Dota 2 from his final year at college.

Making items for Dota 2 is a bit of a lottery. Although the community votes on which items they want to see make it into the game, Valve always has the final say. “I always tell people it’s like gambling because you never know if your stuff is going to get in,” said LaDue.

With its three-man team and organized structure, Red Moon Workshop manages to submit a lot of items to the Workshop, though, which in turn increases its chances of success.

“Our only advantage [over smaller teams] is how often we put stuff in,” said LaDue. “We all work very hard, so we have more submissions. We roll more dice than other people.” 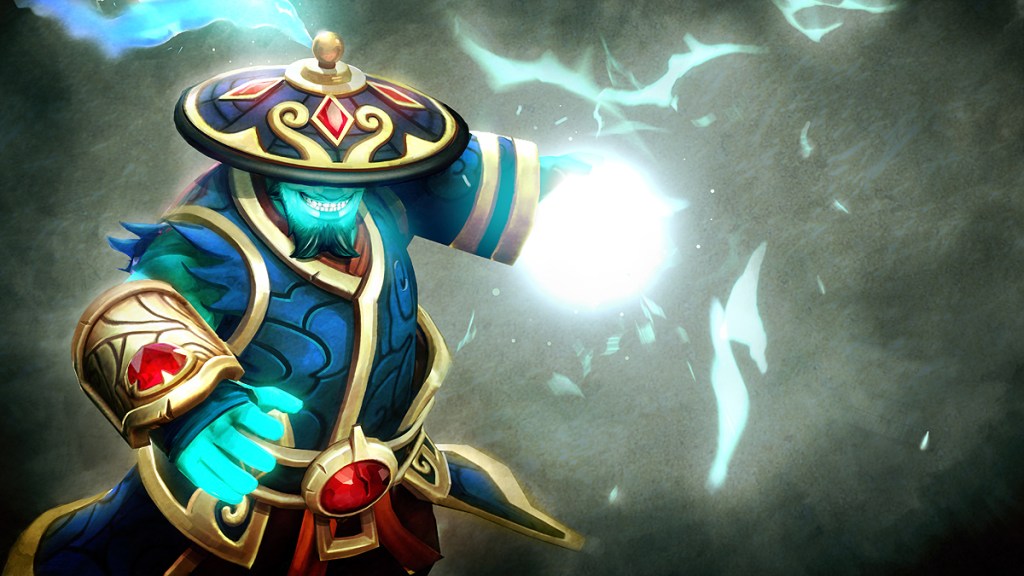 In terms of financial reward, the team wouldn’t talk numbers but said it’s doing all right.

“If you work at it full-time like we do and get a decent number of submissions,” said LaDue, “if you get stuff in semi-regularly — maybe quarterly, even — it can be comparable to doing a full-time job. Enough to live off of.”

But avoiding gaming studio politics is the real deal-clincher for the Red Moon team.

“We’re doing it because we’ve found it can give us a quality of life similar to what we had without having deal with the rest of the studio crap,” said LaDue.

So, even though the guys are still working crazy hours at times, they’re doing it on their terms.

“There was one project in May where I pretty much didn’t sleep,” said LaDue. “At that time, it might have been 120-hour work weeks. After that, we kind of chill out for two or three weeks.”

The way they hand off work to each other as a project takes shape means that the team is never really on crunch at the same time — kind of like an artistic relay team, with Brozzi in charge of initial concept art and final marketing images, “always at the beginning and the end.”