Love Reddit’s Ask Me Anything (AMA) posts, but don’t want to deal with the tsunami of other content on Reddit? Starting today, you’ve finally got a solution.

Reddit has just released a new mobile app for iOS that focuses entirely on its AMA posts.

A Reddit AMA is a type of post where celebrities, a person of significant stature in the community, or just someone with an experience they’d like to share spends time answering questions from Reddit users. The Q&A-style post has been done by tons of celebrities, politicians, and others with interesting backgrounds. For example, over the last year Reddit has seen AMAs from Actor Peter Dinklage (Game of Thrones), astronaut Buzz Aldrin, and even a man with two penises.

Mobile developer or publisher? VentureBeat is studying mobile app analytics.
Fill out our 5-minute survey, and we’ll share the data with you.

The Reddit AMA-style posts have proved as popular (if not more) than services that are specifically set up for Q&A-style responses, such as Quora. But at the same time, I don’t think Reddit is directly trying to challenge other Q&A apps, but rather cater to its own active community.

Having played with the app for a bit, its actually provides a lot more functionality and easier navigation when compared to the Reddit IAMA subreddit, which is what inspired this app to begin with. You can log in with your Reddit account, and then select from over a dozen different AMA categories, including entertainment, journalism, food, crime, business, and many others. The app also allows you to see exactly what kind of data Reddit is collecting, which admittedly isn’t much. (Honestly, every single app maker could learn a thing or two by checking out the Reddit AMAs privacy section.)

The app is free and available for download on Apple’s App Store now. Check out the screenshots embedded below for a closer look. 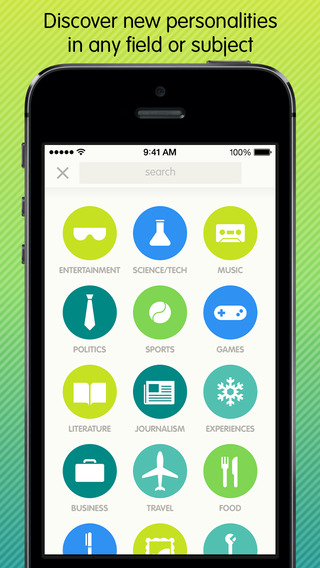