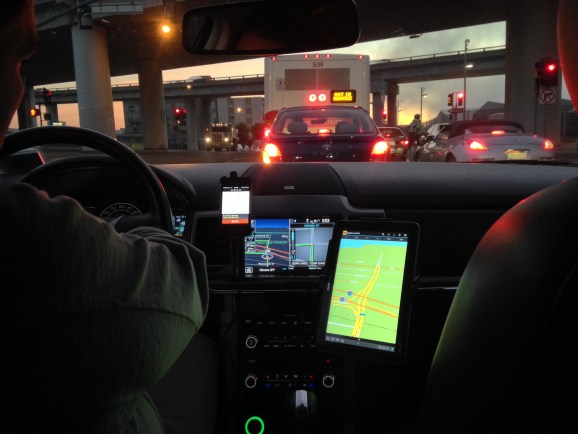 Uber is at it again, improving its alternative-cab service app after analyzing data on usage from its customers. This time, data scientists have come up with ways to figure out where exactly riders are headed, even in a densely packed city.

The researchers determined the accuracy of their model by comparing its predictions with anonymized information on more than 3,000 Uber passengers’ rides in San Francisco this year, according to a blog post today from Uber’s Ren Lu.

The system makes certain assumptions, taking into consideration a rider’s previous destinations, places Uber riders have gone to, and other factors, Lu wrote.

Uber has previously used data science and even artificial intelligence, to optimize its operations. Recently, for instance, the company concluded that drivers wishing to optimize their earnings would do better than to stay put in one place than to drive around. That observation came from a simulation from the company’s science team. As the company expands into more cities around the world, efficiency is key, and Uber is one of many companies both large and small that draw on their data to achieve that objective.

For this project, Uber drew on more conventional Bayesian statistics to take a good guess about the destination based on geolocation coordinates, Lu wrote. However, the system can predict a rider’s destination correctly 74 percent of the time.

The model should come in handy as Uber keeps growing and adding services like the UberPool car-sharing feature, she noted:

As we introduce UberPool, the carpool option of our app, where drivers make multiple pickups and dropoffs, these occurrences will only happen with increasing frequency … which means that any Uber rider destination popularity analysis is susceptible to be inaccurate due to noise.

Read Lu’s full blog post for much more detail on the approaches for solving its “uniquely Uber problem.”