Shoot-em-ups are weird games. Even if your eyes don’t glaze over from the colorful clutter of bullets and debris flashing onscreen, you’re probably busy dying — fast and often.

Velocity 2X (out today for PlayStation 4 and PS Vita as a cross-buy/save title), the sequel to developer FuturLab’s 2012 space shooter Velocity, evokes all of the blazing fury of a scrolling shmup and then adds in equal parts side-scrolling platformer for good measure. That just means you’ll die twice as much.

Sometimes you’ll perish in Velocity 2X and swear up a storm, and sometimes you’ll laugh at the sheer craziness of your death. Games don’t always make starting over enjoyable, but zooming through outer space as the bad-ass blonde Lt. Kai Tana (get the pun?), blasting alien scum, and befriending an oppressed Jintindan slave (a peace-valuing alien who turns out to be a true rebel) is a ton of fun. Each level is a test to see how fast you can go — and how quickly you can teleport — without smashing your ship to putty against a wall. 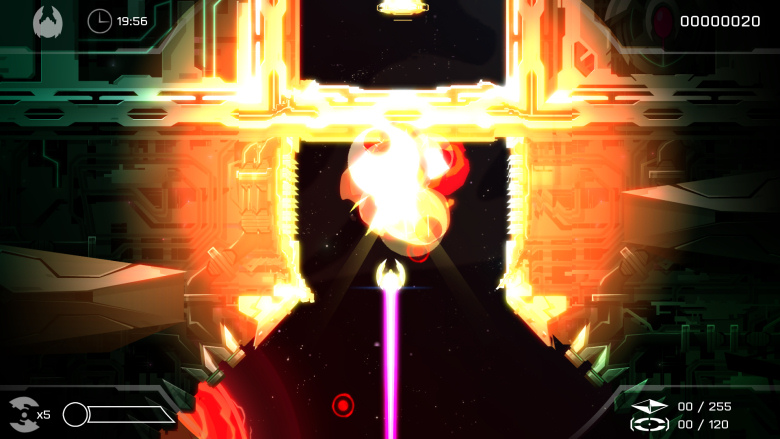 Above: You’ll need to short-form teleport through that wall if you don’t want to become a small explosion yourself.

Levels have three focuses — to fly through them as fast as you can, search for and rescue slaves, and destroy enemies en masse — but you’re always scored the same. You’ll want to achieve the best time, save as many Jintindans (your pacifist alien friends), collect as many Rekenium shards (precious energy-providing crystals), and score as many points as you can. Nailing a perfect on them all is the real challenge.

Surviving is hard enough before FuturLab tosses in side-scrolling segments, new to the series. This is where Velocity 2X shines most: Whether you’re in flight or on foot, you’re at full power. That means everything you can do in space you can do in space stations, too. Only instead of boosting, you’re sprinting, and instead of bombing, you’re blasting with your rifle (which enables you to sprint and shoot at the same time).

Through all of its 50 increasingly tough levels, Velocity 2X is teaching you something new almost every time — even in its final areas (and you’ll get a nice surprise for making it that far). Got the teleport down? Now try teledashing. You barely have time to master one technique before you’re forced to learn another, which keeps you alert and ready for more. 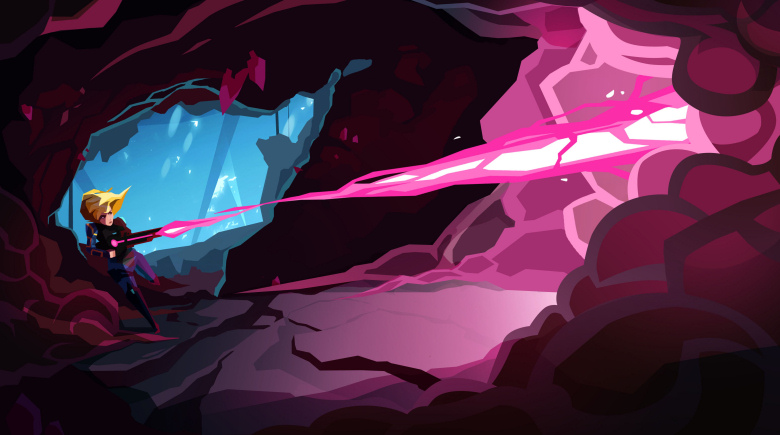 Above: The comic book cutscenes can be quite beautifully illustrated.

Velocity 2X is all-around enjoyable. Kai Tana and her alien friend, Hjun Ralan III, both have a lot of personality — evident by their snappy quips in dialogue and the many sassy faces of Kai. She even swaps some witty banter with one of the main enemies (the Vokh) you pursue through space, General Glaive.

With a pulsing electronic beat and comic book-style still sequences that are short treats between levels, Velocity 2X is an excellent, explosive package.

A little too crazy

While its intensity is what makes Velocity 2X so rewarding, the later levels can be tediously involved. Many times you’ll need to navigate a complex labyrinth of branching paths, some of which are blocked off until you hit the right colored switches. You can’t activate them in the wrong order, but given enough numbered switches and letter-labeled space stations, you’ll be studying the map trying to puzzle out which one you need to find next. Chances are it’s on the opposite side of the level, which might as well be opposite ends of the galaxy.

Thankfully, the screen flashes blue, and a recognizable blip sounds out when you need to drop a telepod. These serve as markers on your map that you can return to any time. You can set a bunch of these, which make it easy to backtrack if you missed a secret item or a switch, and double-tapping Triangle is a quick way to teleport to the most recent one you placed. It’s also a lot quicker than pressing L1 to view them on your map, but you’ll end up doing a lot of that, too. 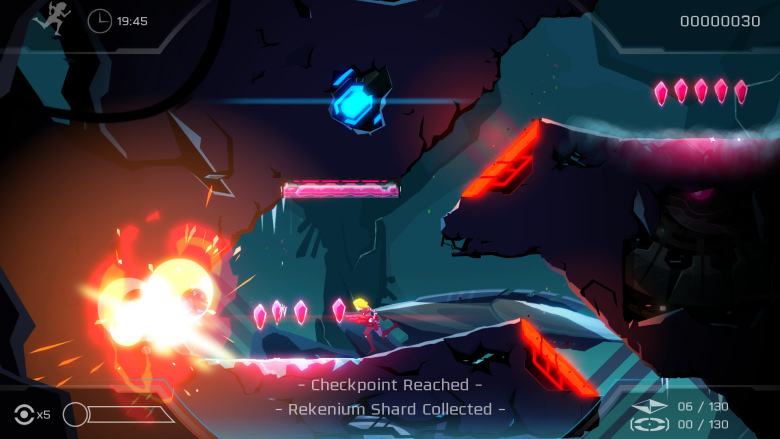 Above: Gotta go fast! Seriously. Go as fast as you can. It’s more fun that way.

While FuturLab made Velocity 2X infinitely more bearable by implementing those clever shortcuts into the controls, it still feels like an affront to the game’s own name when you have to slow down to make sure you’re tripping every switch and visiting every space station. You can easily spend 10 minutes or 20 minutes on a single level later on. And it’s a real kick in the gut when you missed one stupid shard or rescue pod and have to redo the entire level to get it.

Not all the controls are as intuitive, though. Alternating from using the Right Stick to shoot on foot to using X to shoot in flight can be confusing. The controls are just as complicated as the level layouts can be — although eventually, I think my brain just got used to the overload and developed superhuman muscle memory to compensate.

The end is one big grind

I don’t mind a challenge. What I do mind is when games wall away story content so you have to retread earlier levels. 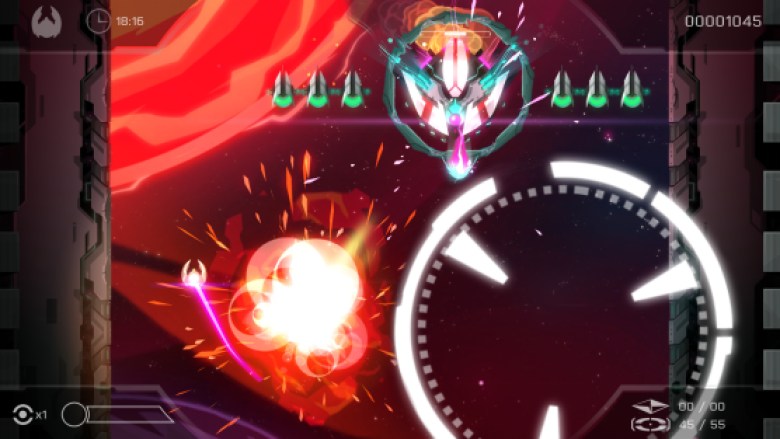 Once you hit level 40, the XP requirement needed to unlock the last 10 levels peaks. If you’re like me and simply enjoyed the levels as you played them without worrying too much about scores, you’ll have to go back and try to get the gold rankings in each level. That means getting a perfect on time, rescues, shards, and points.

Granted, you can usually focus on nailing one or two and ignoring the other criteria (rescues and shards are easy enough to master if you’re diligent). But time is nefarious. Sometimes you can rush mindlessly through a level at full speed, and other times you need to make sure you mind rescues and shards, too. It’s not easy.

If you’re looking for a good game to play on the PlayStation 4 or the Vita, Velocity 2X is a fantastic choice, with its crisp, bright visuals and energetic soundtrack (I never got sick of it once). Just keep in mind that outer space can be an unfriendly place, and if you’re a sucker for story, you’ve got a lot of playing ahead of you if you want to finish all 50 levels.

Then again, you’ll feel pretty bad-ass yourself once you do.

Velocity 2X is out today for PlayStation 4 and PS Vita. The publisher gave GamesBeat a code for the purposes of this review.