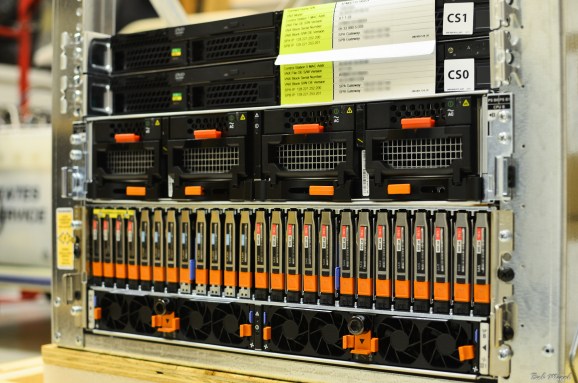 Before this Internet of Things (IoT) phenomenon was even labeled, the biggest producers and consumers of data were large enterprises. Think of the banking or transportation industries: Big banks process millions of transactions each day and shipping companies like FedEx have data points surrounding every package they deliver. All of that data needs to be stored somewhere. Traditionally this hasn’t been much of a problem — the first storage systems, many of which are still widely used by big businesses today, were built with the predictable needs of enterprises in mind.

But now, as data storage has extended beyond the enterprise and into the IoT world, a new storage landscape has emerged — one that encompasses new industries (like smart homes) and Internet-connected devices (like FitBits).

The amount of data being produced by IoT companies is startling: IDC predicts over 212 billion connected “things” by 2020 with revenues reaching $6.2 trillion by 2025. As IoT devices continue to grow in capability, technical sophistication and ubiquity, IoT businesses are handling terabytes of data at an entirely new rate and from significantly more sources than their enterprise predecessors.

With all this data comes great responsibility and companies are faced with a new challenge — how can this data be stored? As their storage needs continue to grow, IoT companies must consider what kind of investment to make — and why the current storage infrastructure won’t cut it.

Contrary to popular belief, all data is created equal. Storage isn’t just for the enterprise anymore. Unlike their enterprise predecessors, IoT businesses must store data that’s coming in from countless disparate devices (phones, watches, refrigerators) and in distributed environments.

When considering what to do with all its device-driven data, companies must understand the confluence of architecture and function. Put more simply, what a storage system is made of and what it does with the data are two entirely different avenues, but both are paramount for IoT companies to examine and take into consideration when determining where and how to store all this information.

Of course, infrastructure capability is first priority — the storage system needs to be capable of ingesting billions of bits of data and securely storing it. With an industry-wide arms race to release the latest and greatest Internet-connected device, the need for simultaneous support from different touchpoints will only increase.

Bottom line? As the scale of the IoT space increases, the storage landscape needs to continue to grow to meet and accommodate the needs of new devices. Along this same line, a storage system’s bandwidth will become an even more crucial factor in the coming years. Especially for international companies, a slow, inflexible experience is tough to get around, and the legacy storage systems in place don’t have the capability to digest complex data as efficiently as necessary. For those devices capturing bulky data like video, photos and audio, having nearby data ingestion points available around the world is essential to keep data streaming.

Compliance also needs to be an area of concern for IoT companies. Data is highly private by nature, and different countries have varying codes and regulations regarding how that data can be stored and treated.

Take smart thermostat company Nest. If and when it decides to take its products internationally, collecting data from devices located in multiple countries would present an entirely new suite of regulations to consider. If data is coming from one country to be housed in another, what laws must be navigated to store it legally?

The legacy systems we’ve relied on for years differ between countries, presenting an insurmountable compliance issue for IoT companies looking to expand. But a storage environment should not limit where devices can be used. It should guarantee flexible, compliant storage from every location.

By definition, IoT is cloud-based. Every Internet-connected device is sending and receiving data to and from the cloud. Thus cloud storage and the IoT are inherently intertwined, and IoT companies are finding solace in cloud storage’s flexibility, scalability, compliance and sophisticated architecture to support precious data.

Storage isn’t strictly local anymore, as it was and still is with many legacy systems. Instead, cloud-based storage is allowing thousands of smaller IoT companies with massive data troves coming in from myriad devices located in every corner of the globe to avoid the high-friction and server-heavy legacy systems we’ve gotten so used to and dependent on.

As the relationship between device-driven businesses and cloud storage becomes increasingly cemented, the non-scalable, inefficient legacy systems of years past are well on their way to obsolescence.

Storage, with the advent of cloud-based systems, is actually simpler than it used to be, and it doesn’t have to be complicated by the entrance of IoT technology. Instead, as IoT companies embrace a cloud-based storage model, a new frontier of big data will emerge, and IoT and storage will continue to evolve together for years to come.

Joe Arnold is CEO and co-founder of SwiftStack.