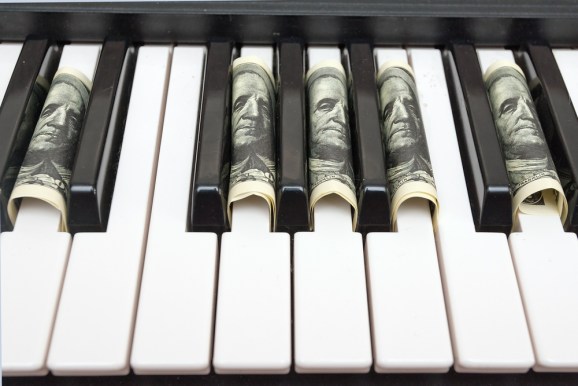 Marketers spend gobs of money and even more time trying to devise ways to engage people with a particular brand. Not enough of them realize music might be the best way to do that — and that Feed Media could be music to their ears.

Feed Media (aka Feed.fm) launched a “music-as-a-service” platform that allows companies to employ music on their websites, games, and mobile apps, as well as provide statistics on how people are engaging with a brand. Some of the startup’s clients include Budweiser, GameSalad, Starr Hill Brewery, and others. And today, the company has secured a new $1.2 million round, according to an SEC form D document.

“Music is a hard business to be in, but we’re not consumer-facing. We’re making it easy for business to legally use music to engage with customers,” Feed Media founder and Feed.fm CEO Jeff Yasuda told VentureBeat in an interview.

Yasuda said most people don’t think of music as a marketing tool due to all the hassle associated with it, including the legality, paying royalties, and more. However, Feed.fm cuts through all of that by providing brands with a highly customized music experience that might actually be more cost effective than spending more on traditional marketing ad campaigns.

“Everyone knows that cost per installs are going through the roof, and it’s getting harder and harder for games companies (in particular) to actually pay for users,” Yasuda said, adding that this practice is unlikely to change as long as the cost to market to new users isn’t greater than the amount of money it takes to turn them into customers.

“Our view is that it makes far more sense to keep people [engaged] longer with music, because the longer they stay engaged the more likely it is that they’ll make an in-app purchase,” he said.

Feed.fm’s clients have experienced an average of 400 percent higher customer engagement when adding music to their strategy, according to Yasuda. And an average of 80 percent of those users are likely to return after the initial visit.

Feed Media, which currently has six full-time employees, plans to use the infusion of capital to hire additional talent to build out its engineering and sales teams. The new round was led by KEC Ventures, with participation from CrunchFund, Allegro Venture Partners, Core Ventures Group, Streamlined Ventures, and others.