NEW YORK — I’ve never had the privilege of sitting in the front row of an intimate Coldplay performance, but with Samsung’s new virtual reality headset, I was able experience the next best thing.

That’s a big deal: It makes Samsung the first company to deliver a modern VR solution that’s powered by a smartphone. It’s a massive step towards making modern VR experiences completely portable. (Sony’s Morpheus headset, the only other major VR competitor at the moment outside of Oculus, is powered by the PlayStation 4.) 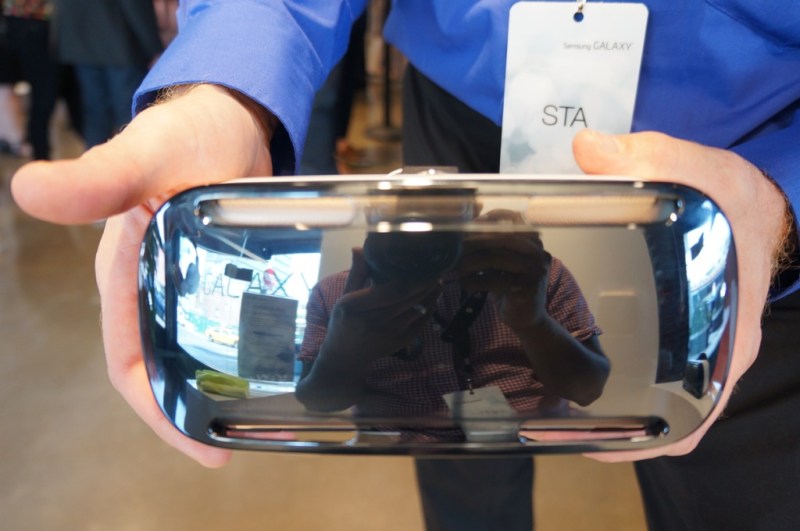 Back to that virtual Coldplay concert: While it was no match for seeing the band live, I was surprised at just how immersive the VR was. Coldplay’s Chris Martin appeared as if he was just a few feet in front of me. Confetti-like stage effects felt like they were going to fall directly on me. And I was able to move my head around freely and focus on different parts of the stage.

But there was one big problem: Oculus offers different lenses for its headsets to cater for people who wear glasses. But at this point, Samsung reps told me it has no plans to do the same.

Hopefully, this is a problem Samsung plans to address, otherwise it’s ignoring a huge portion of its potential consumers.

From what I could see, though, the Gear VR delivered a VR experience that felt on-par with Oculus’s headset. I wasn’t able to try out a complex 3-D game on Samsung’s headset — an area where Oculus’s Rift truly shines — but it’ll be interesting to see if Samsung can actually deliver something competitive there too.

Design-wise, it’s easy to tell that the Gear VR has elements of Oculus’ technology. The headset looks similar to the newest Rift developer prototype, and it’s just as comfortable, thanks to plenty of padding. One big difference: You have to place a Note 4 directly within the Gear VR, rather than just plugging the headset into a computer’s HDMI port.

Even though Samsung has typically stumbled when entering new product categories, like smartwatches and tablets, the Gear VR feels like it’s already off to a good start. I just hope it quickly figures out a way to make the VR usable for people who need glasses.

Samsung says the Gear VR will be available later this fall, but it hasn’t revealed pricing yet.