That move may raise some eyebrows as companies bring aboard CFOs when they are on the verge of big changes, like selling the company or going public. But Big Fish Games’ boss said that the company was overdue to hire a replacement finance chief.

“There is no immediate interpretation,” said Paul Thelen, the chief executive of Big Fish Games, in an interview with GamesBeat. “We’re doing very well. We announced our results last year. We continue to be profitable and grow.” 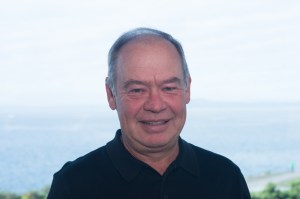 Chamberlain’s tenure at PopCap Games was remarkable in that EA acquired PopCap for up to $1.3 billion (with earnouts) in mid-2011.

Asked if he planned to sell the company to EA for $1.3 billion, Thelen chuckled and said, “No.”

Chamberlain has 30 years of financial and operational experience at PopCap, F5 Networks, and KPMG. In an interview, he said that he wants Big Fish to scale up its accounting and finance department to deal with the company’s size.

“We were aware of Bob when he was at PopCap,” Thelen said. “We interviewed people for six months. We reached out to him, and he was a really good fit. We were looking for a cultural fit for the company. It wasn’t like we were desperate for financial leadership. As we get to the maturity and scale where we are, you need the right processes in place.”

Big Fish Games has distributed more than 2.5 billion games to people in 150 countries. It has a catalog of 450 mobile games and 3,500 PC games. One of its biggest games is Big Fish Casino.

“At PopCap, I enjoyed the environment,” Chamberlain said. “It was very creative. Great people.”

Chamberlain said he likes games, and he enjoys talking about them.

“I was a philosophy major for four years before I became an accountant,” he said. “That’s what makes this a good cultural fit. I’m comfortable talking to game designers and understanding the business from their perspective. For me, that makes for a more effective finance leader.”

Thelen said that the CFO is a resource for the gamemakers and should not be viewed as an “antagonist to them.”

Chamberlain added, “When I was approached about this opportunity, I was very excited. As I got to know the people here, it’s a great culture. Big Fish is growing, and it is profitable. As long as we grow revenue and profit, we control our destiny and have a lot of options.”

As for Big Fish’s challenges, Chamberlain said, “It’s the law of big numbers. The bigger you get, the harder it is to grow at the same rate. There are great things in the pipeline. It’s a very exciting future.”