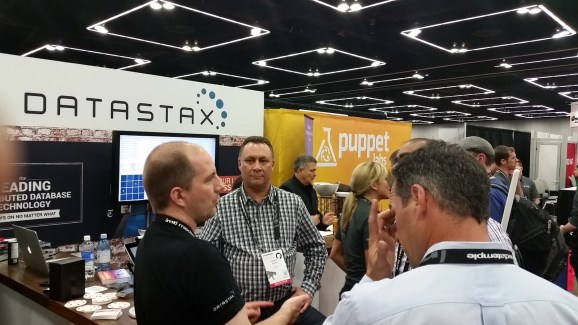 DataStax, a company that sells licenses to a souped-up version of the popular Apache Cassandra open-source NoSQL database, has secured a heavy-duty $106 million funding round that puts it in a position to go public in the next two years.

With the new round, DataStax carries a valuation in excess of $830 million, chief executive Billy Bosworth said in an interview with VentureBeat.

The fresh money gives DataStax an opportunity to grow its base of paying customers through sales and marketing efforts, Bosworth said. But the money will also flow down into the Cassandra open-source community.

All those investments are essential in 2014, when open-source NoSQL databases continue to net usage among developers wishing to go beyond the limits of the traditional SQL query language. MongoDB, Couchbase, and Redis Labs are just a few of the beneficiaries of funding for companies supporting or making improved versions of open-source databases.

At the same time, the business of Hadoop — that open-source software for storing, processing, and analyzing large data sets — has become a lively area for acquisitions and big funding rounds. Teradata just bought Hadoop consulting company Think Big Analytics. And Hadoop distribution vendors Cloudera, Hortonworks, and MapR have all reported major rounds of funding this year.

Bosworth thinks the Hadoop and NoSQL growth stories can ocur simultaneously. Hadoop provides low-cost data warehousing for analytics, he said, while NoSQL databases, and Cassandra in particular, can take care of database transactions.

Meanwhile, multiple Hadoop startups have made it possible to run SQL statements on data sitting in Hadoop. SQL is very well understood, as the DataStax and the Cassandra communities at large know. Developers inclined to use SQL may do that through the Cassandra Query Language, Bosworth said. “If you know SQL, you know CQL,” he said. “It’s the exact same thing. It’s a subset of SQL.”

As for the rest of the NoSQL market, Bosworth boasts of his company’s position there. When you think about companies with “real customers at real scale, it’s a pretty small list,” he said. One way to gauge the market is to see where the “smart money” is going, he said.

To date, DataStax has taken on $190 million, including the $45 million round from last year.

DataStax started in 2010 and is based in Santa Clara, Calif. It claims more than 400 paying customers, including eBay, Gnip, Netflix, Safeway, and Thompson Reuters.

The company has been solidifying partnerships with cloud providers, and that movement will continue as companies increasingly choose to replicate parts of their databases in public clouds, Bosworth said.

“From our customers’ perspective, enterprises are looking to leverage all of the clouds and all of the data centers,” he said.