Chair Entertainment is launching its final content update for Infinity Blade III today. The conclusion of the series that has been downloaded more than 50 million times is a milestone in the Infinity Blade trilogy and a landmark in the history of mobile games.

Chair’s Infinity Blade series grew up with Apple’s iPhone and iPad as it was one of the first really high-quality 3D-animated games that showed what the smartphone and tablet platforms were capable of. Now, Chair Entertainment’s creative director Donald Mustard told GamesBeat that the team has decided to bring the story to its end and move on to a new one.

The company, a division of Epic Games, describes the ending as an “epic conclusion” to its series. Dubbed Infinity Blade III: Kingdom Come, the update is a free download for all players who have purchased the $3 Infinity Blade III title. The update has new enemies, six new treasure maps, a bunch of new weapons and features, and a hallmark of the series: infinite play.

Not many developers would have the nerve to walk away from one of the most popular video game trilogies of all time. It has spawned a bestselling book series from award-winning author Brandon Sanderson, along with custom collectible toys. 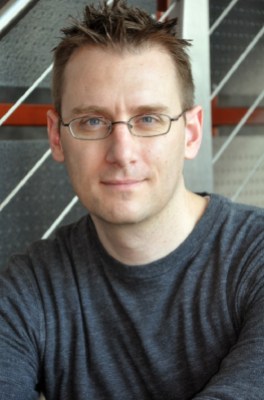 Above: Donald Mustard of Chair Entertainment

The closure of the game brings an end to a chapter at Chair, which has become one of the most successful mobile-game studios. Founded in 2005 by Donald Mustard and Geremy Mustard, Chair created games like Undertow and Shadow Complex on Xbox Live Arcade. Epic Games, the maker of the Gears of War console games, acquired Chair in 2008.

After it launched Shadow Complex, Salt Lake City-based Chair started thinking about a sequel. But it abandoned that project after it learned that Apple wanted a demo to show off the 3D graphics capability of its latest iOS devices.

With just a couple of months before the next major press event, Chair rushed to build a sword-fighting game that felt like a realistic sword-fighting simulation. It had to learn how to make a mobile game using Epic’s Unreal game engine. As a studio, it had hardcore gamer employees who were playing a lot of games on mobile devices, said Laura Mustard, the marketing manager at Chair, in an interview.

“We thought that if we could make a gamer’s game for mobile, then gamers out there might be really interested in playing it,” she said.

Donald Mustard said the company decided to make a game that was fun for the team to play on a new platform. But the company had no clue about whether anyone would like it.

“We had to trust our instincts,” he said. “The goal wasn’t to bring the console experience to mobile. It was to answer, ‘What can you do on mobile that you could never do on a console?’ How can we make something that is completely unique to this device that can deliver the rich game experience that I expect when I play?”

The team finished its demo, and Apple showed off “Project Sword” on stage at a big event hosted by Apple founder Steve Jobs on Sept. 1, 2010. Jobs said that if the game was going to be on stage, it also had to be released in the same year. By December 2010, almost five months after the team started working on it, Infinity Blade shipped. It sold a few million copies in its first few weeks.

While that game was a technical achievement in graphics, Donald Mustard acknowledged that it was designed to fit inside the constraints of mobile device. The game had just a couple of scene locations where you could fight other characters in sword duels. Each time when you reached the evil God King, you would fight and lose. Then, 19 years later in the game’s time, your son would appear and refight the God King. You fought over and over this way until you reached the conclusion. 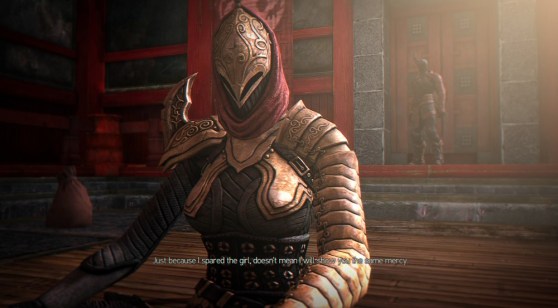 This circular battle made good use of the core assets of the game, and it minimized the amount of memory needed. Since mobile devices didn’t have much memory, the design of the game was a great match, Donald Mustard said.

“We were always looking at how to push the envelope further than people thought was possible, and this was a way to do it. Every device and every game has its constraints,” he said. “And to me, the best games embrace their constraints and find creative solutions to get around them.”

“By that time, it was a little more like Skyrim,” or a game with huge scope, Donald Mustard said. “It had a huge map with 50 locations. It was a huge sprawling game, and we had enough time to build the quality that we wanted.” 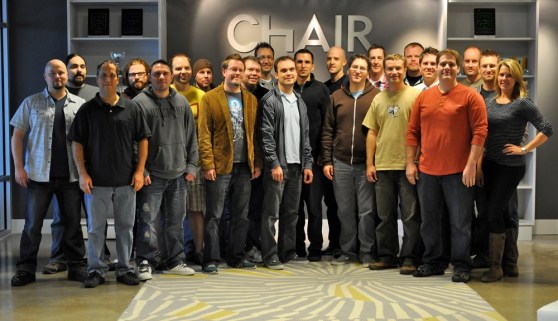 Given the circular design of the Infinity Blade series, the game never really had to end. Donald Mustard said the team decided on its own to conclude the series.

“To me, it’s about creating the game you want to make,” he said. “We want to create unique, exciting new things. It was very exciting for us to create Infinity Blade and turn it into a trilogy. We creating a new subgenre of role-playing game fighting. We had more to explore when we got to the second game. And there was a meta game attached to it. The third game is the fulfillment of the expression of our original vision, with the combat in place, a robust meta structure, and extreme custom crafting. You could play it in multiplayer and co-op, and it truly was an endless game.”

Chair Entertainment changed a lot over the course of the series.

In 2009, when the company released Shadow Complex, it had nine people. At the end of 2010, when it released Infinity Blade, it had 11 employees. Now, as it finishes the Infinity Blade series, it has 24 people, including the division’s first real office manager. As for the changing roles over time, Mustard said, “I don’t change the toilet people anymore.”

Donald Mustard said the company will continue to think about what to do with Infinity Blade as a property over time, but the company is done with it for now. It is exploring taking the existing series to new platforms. He said the team is working on something new, but it will be some time before it unveils that work.

“We think it’s going to be pretty amazing,” Mustard said. 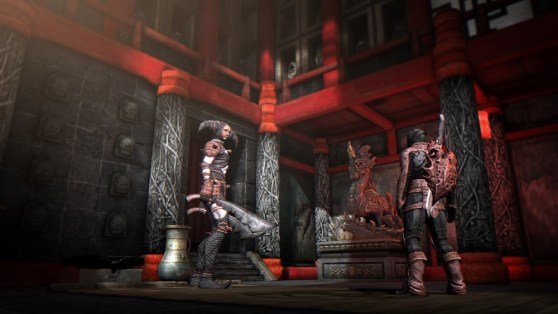