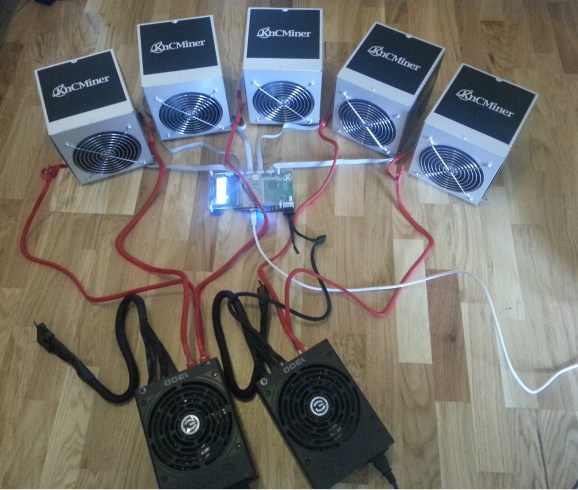 The price of Bitcoin might not be hitting record highs these days, but that doesn’t mean startups in the cryptocurrency business have hit a low point. Hardly.

Today we hear that KnCMiner, a company that cranks out chips and whole hardware units for mining Bitcoins and Litecoins, has found $14 million in funding for itself.

The company certainly sounds optimistic about the news. “The funding will enable KnCMiner to expand its mining operations and ability to offer services to consumers in relation to the Bitcoin environment,” it said in a statement.

And the company has already expanded quite a bit, having introduced a mobile Bitcoin wallet and a cloud service for mining Bitcoins using data centers in Sweden.

The mining business is notoriously hard, but it also holds enough promise for investors to act. Creandum led the round in Stockholm-based KnCMiner.