New York City is getting a fresh gaming studio from a crew of industry veterans, and a panel of illustrious gaming and media mavericks are going to oversee the studio to ensure it delivers on its potential. 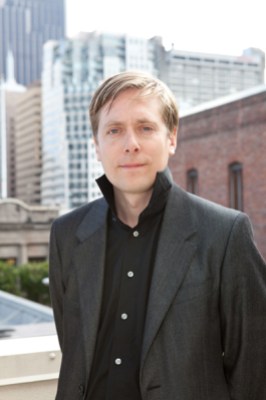 Turbo is a Brooklyn-based studio with plans to create triple-A-quality games for mobile devices, and the developer is announcing today that it is appointing some big names to its advisory panel to help guarantee that it accomplishes its goal.

People spent $16 billion on mobile games last year, and analysts expect that number to reach around $20 billion in 2014. Turbo thinks that a lot of that money is going to come from hardcore gamers. With its new advisory board guiding it, the development studio plans to go directly after that audience.

“No matter what state of change or upheaval the game industry is in, the most successful games will always be the ones that respect their audiences, creating fun and engaging experiences above all else,” Helgason said in a statement. “That’s exactly what Turbo is all about. With their commitment to the core player and ambitions to raise the bar for mobile gaming, they’re trailblazing their own path to create something truly unique and entertaining.”

Turbo is already working on its first game, but it isn’t providing many details about it at this time. The company will say that its project is a free-to-play online multiplayer game.

The studio, with its lineup of devs that come from companies like Nintendo, Sony, and Rockstar Games, claims it wants to bring its console-quality work to people who are now spending most of their time with smartphones and tablets.

Publisher Nexon, which is a major distributor of smartphone and PC titles around the world (and especially in Asia), will release Turbo’s first games. Nexon is also working with other startups like Gears of War director Cliff Bleszinski’s Boss Key Productions.