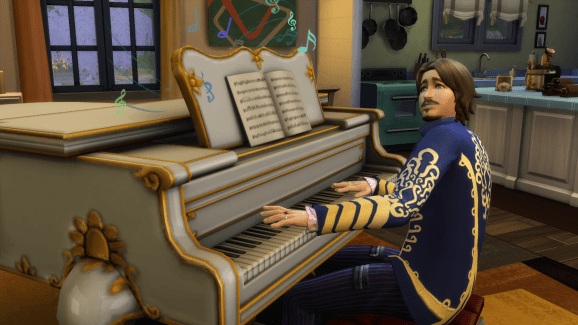 The Sims 4: What EA Maxis giveth, EA Maxis taketh away. 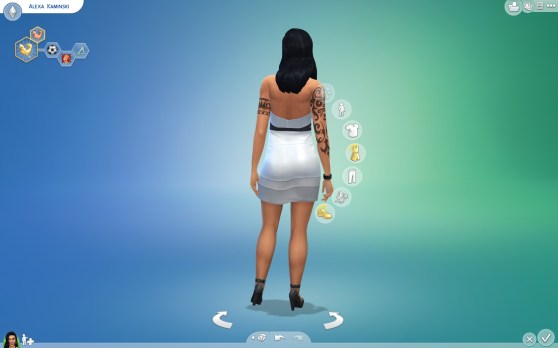 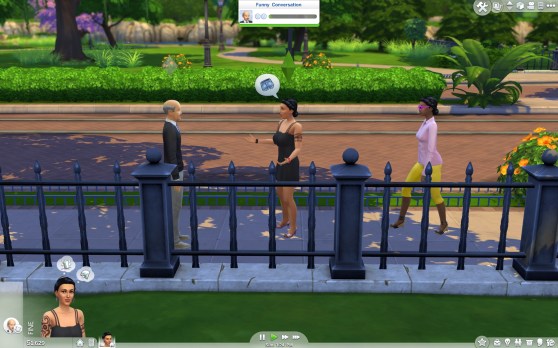 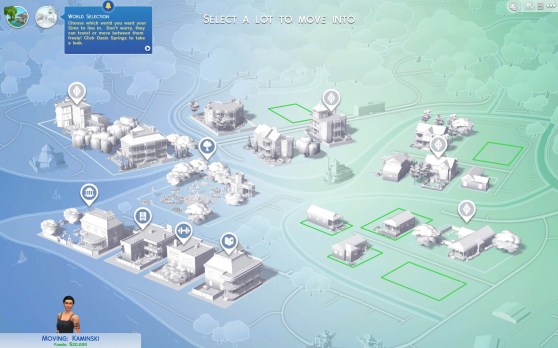 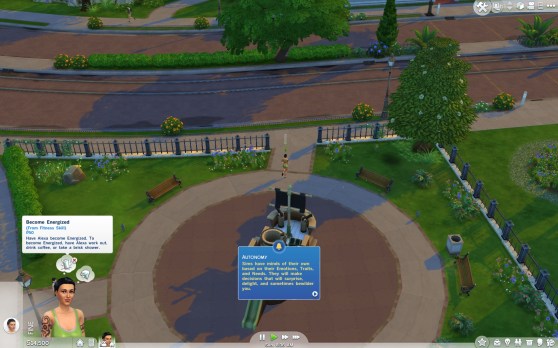 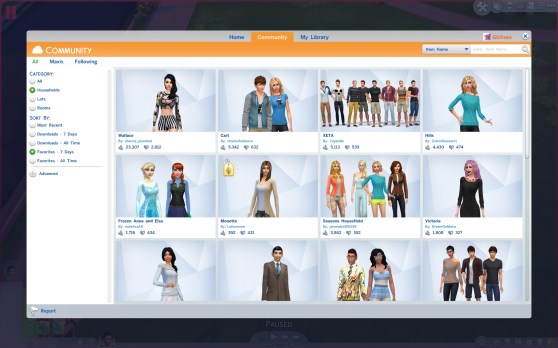 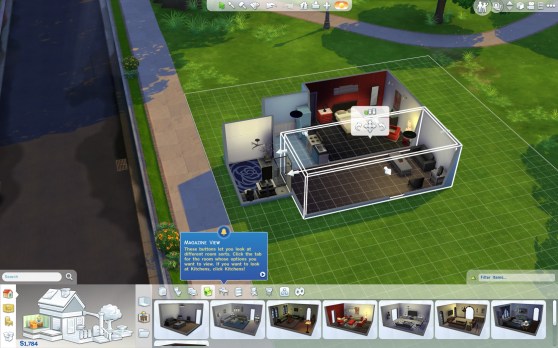 Two drawbacks to the removal of the open-world design: First, it makes the game feel even more like a virtual dollhouse, removed from whatever outside Sim society I like to believe secretly exists. Second, because you move directly from neighborhood to neighborhood, there’s a load between each jump. 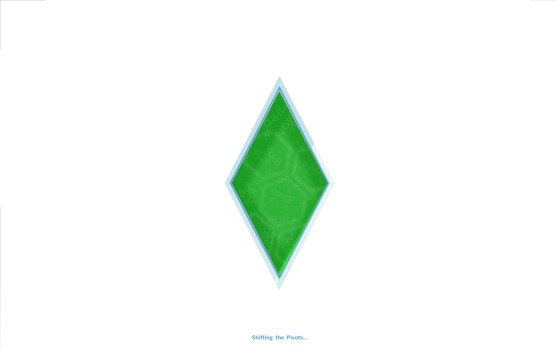 It wasn’t a lot on my high-end PC, maybe 3-4 seconds each time, but it’s frustrating if you’re the type that likes to jump around a lot between your Sims — and I do. You’ll load when you jump from world to world, neighborhood to neighborhood, even lot to lot. The only time you won’t is when you’re moving from public spaces to the currently active lot. 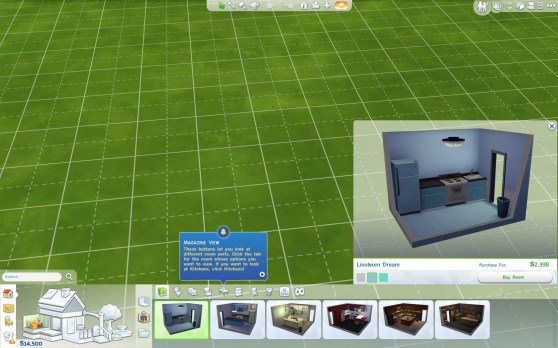 Above: Your lot: flat as a pancake. And staying that way.

This should be a surprise to no one: Every time a new core release of The Sims comes out, the cushy landscape of expansion-pack-added content you’ve enjoyed poofs. When TS3 released, people raised holy hell about the features that were missing from the TS2 expansions. The same is true for TS4.

Just a sample of the hundred or so things that disappeared this time around:

Some of these features likely won’t reappear. The Sims 4 changes babies from playable characters to objects that your Sim interacts with. So it makes sense that the baby items you used to play with on your baby Sim aren’t included. But does anyone really believe that The Sims’ beloved swimming pools are gone forever? That we’ve all had our last virtual pool parties? I’m sure that somewhere out there, the early drawings for The Sims 4: Getting Wet Edition™* are underway. 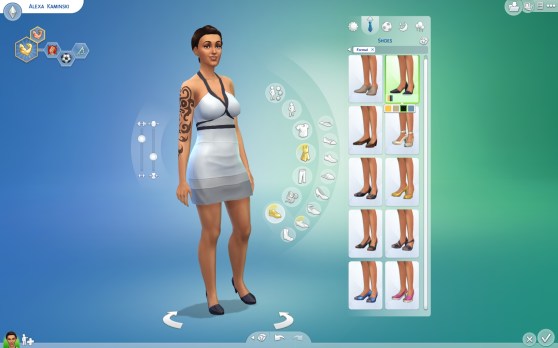 Above: Color selection for these shoes is typical; instead of customizing from a palette, you choose from the color blocks shown under the shoe, in this case from four options.

No more Create a Style

Whether it’s your Sims’ hair or the kitchen counters, you won’t find a lot of colors or patterns. In earlier Sims games, you could create your own patterns and colors with Create a Style, saving them to use in other areas of your Sims’ homes. That feature is gone, as are more-customizable colors for your Sims’ hairstyles, eye color, clothing colors, or makeup. Instead, you choose from a limited selection of preset colors per item.

Even in just a few days of play, I’ve experienced handfuls of random freezes and crashes. More rarely, Sims will sometimes clip through the corners of objects, stutter, or do something unexpected without guidance. Camera angles, especially in build mode, can be wonky — perhaps not a bug, but I can’t believe it’s fully working as intended. It’s not horribly distracting, but with big names like Maxis and EA behind TS4, it’s also not the high-gloss polish I’d expect.

The Sims 4 is a beefy update for the series. The core game feels more smooth, more powerful, and more dynamic than its predecessors, if occasionally buggy.

The new mood system is complex and often amusing, and it helps to make your virtual people feel a little more like … people. Players who have been in the Sims universe for a while are going to chafe at all the features that are now missing; new ones will feel welcomed and find it easy to get started, especially using the Gallery.

It compares very, very well to TS3 — the core edition. But gamers may not see that as a clear upgrade, considering all the expansion packs that have come and gone since then. There’s less to do in TS4, and that makes it less exciting to play.

Perhaps that’s not a fair comparison: this $60 title versus the hundreds that gamers spent on TS3 and its expansions. But that’s what EA is hoping longtime gamers will replace with TS4, without the extra content. If you’re looking for a comparison of TS4 versus TS3 with all its expansion packs, take at least five points off the score at the end of this review.

For me, the experience was like taking your car to the shop. When you get it back, it’s shining, detailed, and purring: They’ve traded your Ford Focus for a Ford GT. Hooray! But then you get in and notice it’s a stick shift, with manual brakes and steering, no stereo, no A/C, and wait, where are the doors?

I know some of those sexy parts and options will reappear in future expansion packs, and we will be able to buy other bells and whistles. But for $60, the core experience feels less customizable and hollow in comparison to the fully expanded TS3.

The Sims 4 is available now for PC, priced at $60. An $80 premium edition includes the Creators Guide hardcover book, Up All Night digital content, Life of the Party digital content, Awesome Animal Hats digital content, and the digital soundtrack.The publisher gave GamesBeat a code for the purposes of this review.

* Not a real game. Unfortunately. 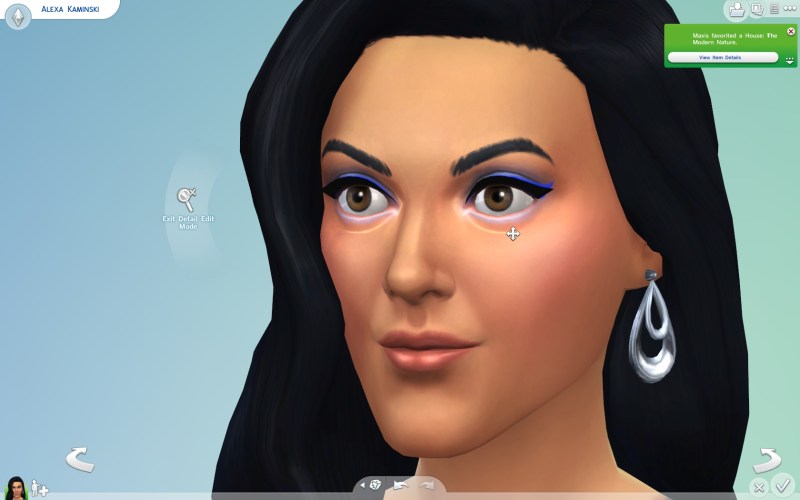 Above: Detailed controls include the shape of eyes and facial features.