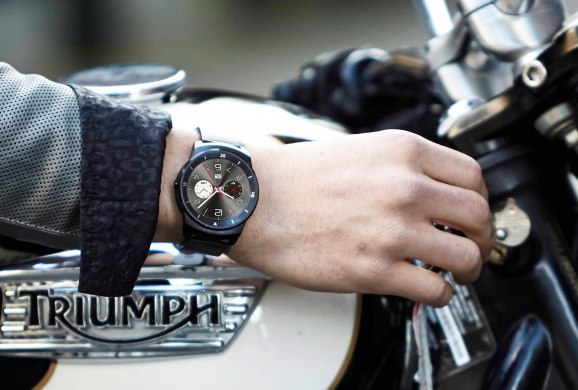 Next week, Apple is almost certain to release the next version of the iPhone. And, while some reports have indicated that a companion “iWatch” may have to wait until 2015, Apple’s long-rumored smartwatch would be the ideal companion to such a product.

If Apple is to follow its pattern of category reinvention, there are a few issues with current smartwatchs that the iWatch will need to overcome.

It should be jewelry, not a gadget

It’s difficult to remember how low smartphone penetration was before the iPhone appeared. What was out there was a collection of button-laden products with tiny screens and inscrutable interfaces.

The smartwatch provides Apple’s greatest design challenge in its history. Consumers will tolerate a certain amount of heft and size for something they rely on and which stays in their pocket, but with the case for a smartwatch as tenuous as the one for the iPad was in its early days, too much dork will leave wrists dark.

Ultimately, Apple’s competition in the smartwatch space is not Samsung, LG or Motorola, at least not with the products that they are shipping today. It is brands such as Tag Heuer and Movado, brands that represent premium quality and materials while still being affordable and relatively mass market compared to elite luxury brands such as Cartier and Rolex.

It needs to solve persistent problems with display tech, battery life, and thickness

Most of today’s watches look like little bricks that are worn on one’s wrist. Even TouchTime, an e-paper touchscreen watch that manages a year on a coin battery) and has no wireless connectivity or companion app, is the thickness of a Pebble watch.

Smartwatches such as the Qualcomm Toq have taken advantages of the company’s Mirasol technology for good battery life in a color display, but the colors are not as vibrant as a high-quality LCD or OLED display and the body is still a bit thick.

Let’s face it. Even if Apple were to produce a watch with no electronics, it would want it to be Skagen-thin.

Above: The iWatch needs to do a lot more than LG’s original G Watch

It should be a post-smartphone product, not a smartphone-plus product

Watches existed for centuries without smartphones there to feed them data. Part of the wearables promise is that there are activities such as running and showering where you may not have your smartphone. Apple has a mixed record on launching new devices as completely independent platforms. Despite calling the iPhone and iPad post-PC products, both launched with significant tethers to the PC, as opposed to Android devices that didn’t have to be activated on a PC.

Nowadays, though, iOS products exist pretty independently of the Mac.

To be sure, the iWatch should take advantage of the iPhone’s capabilities as much as other smartwatches have, and the work Apple is doing with its Continuity client makes that a good bet, but it should have a high degree of relative independence.

It should make a quantum leap in user experience

Apple has long emphasized its legacy of introducing new user interfaces to define its devices: the Apple II’s keyboard, the Mac’s mouse, the iPod’s click wheel, and the iPhone’s multitouch display.

Voice makes a lot of sense in a hands-free environment, for example, while you’re driving, and both Apple and Google are exploiting their smartphone mirroring solutions there. But talking to your wrist is nearly as geeky as having a big chunk of glowing screen on it.

Pebble has argued that watches need buttons because they are often used when we have gloves on, but Apple hasn’t heeded that argument much when it comes to phones. As recent Nokia Lumias and Samsung Galaxy S phones have shown, though, we’ve made a lot of progress in touchscreen sensitivity, and Apple’s never been a fan of button clutter. It must also avoid awkward gestures such as the Pebble’s extreme wrist snap to activate backlighting.

And finally, the biggest one…

Above: Motorola’s Moto 360 may be the best stab yet at making smartwatches cool.

It must make watches relevant again

One would expect Apple to introduce a product toward the high end of the market. But it must do this not only to reach the quality level expected of it, but also because that is the market for its customers who already own smartphones.

The irony of today’s smartwatches is that they are, by and large, being peddled by companies that helped killed the watch. If Apple is to reinvent it, it will have to raise the functionality beyond what today’s smartwatches deliver, but stay true to the essence of storied classic watch design.

If it succeeds, it stands to capitalize on the most virally marketed product since its white earbuds twisted down the cheeks of early iPod users.