It’s been a busy summer at the theater. Apes tore through San Francisco with machine guns. Autobots blasted an alien ship out of the sky in Hong Kong. And the Guardians of the Galaxy kept their contentious friendship intact while saving planet Xandar from destruction. Movie studios made millions off of these special effects-driven blockbusters. But how did our heroes and villains do on the small screen?

I decided to dive into the dubious waters of licensed games to find out. Since I’m covering a lot of them here (13 in all), I’m not following GamesBeat’s usual review guidelines. Think of these more as quick impressions, as one person’s gut feelings about how well each game lives up to their respective films. Some of them sadly stick to the “licensed games are always bad” stereotype, but others are genuinely entertaining and definitely deserve some play time. 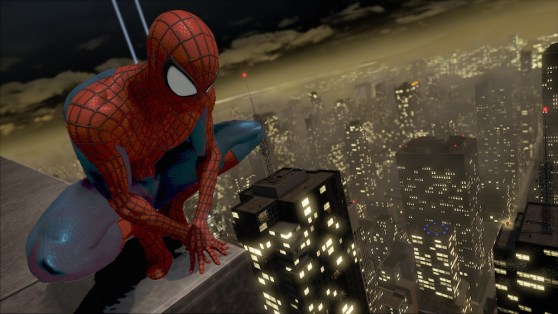 Above: The wall-crawler reflects on his recent string of mediocre games.

How does it tie into the film?

The Amazing Spider-Man 2 (PlayStation 4, PlayStation 3, Xbox One, Xbox 360, Wii U, 3DS, PC) repeats what developer Beenox did with the first game: take the cast from the movie and have them mingle with other characters from the comics in an open-world New York City. The story isn’t quite the same as what you saw in theaters, but it does repeat a few key scenes. Some of the changes are a bit odd, though, like Gwen Stacy being conspicuously absent despite playing a big part in the first game and the films.

While The Amazing Spider-Man 2 isn’t a complete mess, it’s far from being the next great Spidey game. You can get through most battles by mindlessly mashing buttons. Swinging around the city — arguably the best part about the first The Amazing Spider-Man — somehow feels worse this time around. And the story (Russian gangs vs. The Kingpin vs. Spider-Man) isn’t compelling enough to justify the new Peter Parker missions, where you just run around and talk to people. 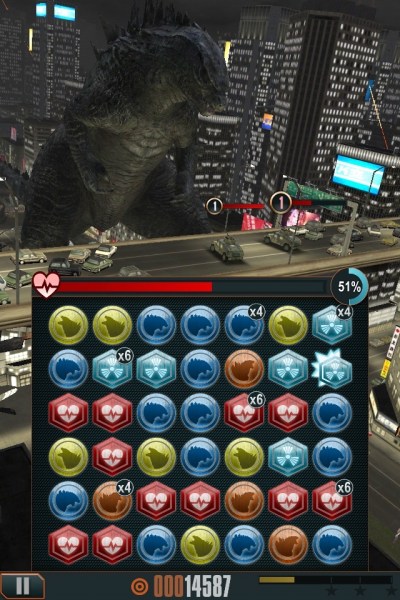 Above: Puny tanks are no match for Godzilla.

How does it tie into Godzilla?

I’m not sure what made publisher Rogue Play think “Godzilla + a puzzle game = awesome!” but it’s not a bad idea. Godzilla Smash3 (iOS and Android) puts you in control of the titular monster via colorful gems on a grid. Connecting three or more of the same kind can either trigger an attack, build up energy for his Atomic Breath, or restore his health bar. He fights a lot of pesky tanks and helicopters, and the film’s MUTO creatures appear as boss fights.

I was having a good time with it until I came across one of the most greediest in-app purchases I’ve ever seen. When Godzilla dies during a mission (which often has multiple waves of enemies), a banner pops up saying that for $0.99, you can continue where you left off with full health and 50 percent Atomic Breath. Refusing to pay means you have to start the level from the beginning. That’s total bullcrap.

Uncanny X-Men: Days of Future Past 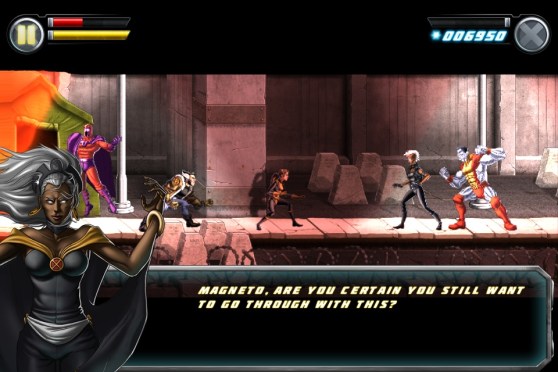 Above: Uncanny will let you play as Magneto in a future update.

How does it tie into X-Men: Days of Future Past?

Uncanny X-Men (iOS phones and tablets) ignores the film entirely, focusing instead on the original comic book that inspired it. The 2D beat ‘em up has a bunch of different X-Men to choose from, and you can upgrade them with new abilities as you play through the story. It only has a few cutscenes that sum up what’s going on, so don’t expect to find any of the tense drama or backstabbing from Days of Future Past here.

It has a few illogical rules — for some reason, characters can’t grab any ledges, and the energy beam-spewing Cyclops isn’t able to shoot anything that’s directly above him — and I wish the controls were more precise (moving around feels kind of mushy with the touch screen). Otherwise, Uncanny is a competent action game that makes each X-Man’s powers fun to use. 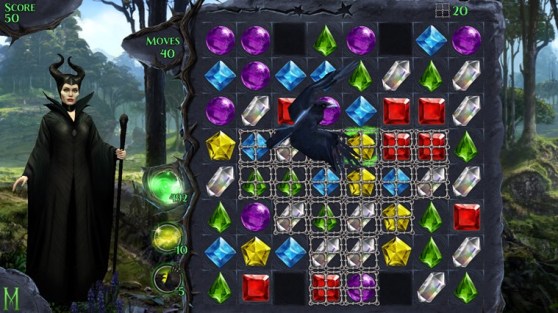 Above: Maleficent doesn’t look very happy to be stuck in this puzzle game.

How does it tie into Maleficent?

Maleficent Free Fall (on phones, tablets, and PC) has as much to do with the movie as The Wizard of Oz has to do with its fancy slot machines: They’re both iconic licenses slapped onto games that don’t add anything to the source material. This game borrows music from the film, and even has the likeness of actress Angelina Jolie, but that’s all window dressing for this match-3 puzzler.

It’s actually kind of addictive. In addition to clearing out gems, Free Fall introduces a lot of challenges that change up the gameplay, like shields and iron cages that block crucial pathways on the screen. Unlike Godzilla Smash3, you can earn more continues just by playing. But what I love about it is that it doesn’t make you sit through Maleficent’s silly story for a second time.