Berlin’s Adjust, a mobile analytics and attribution startup, has raised $7.6 million in third funding round. Founded on the notion of bringing accountability and transparency to mobile marketing, the company plans to use the money to expand in the U.S., China, and Japan. 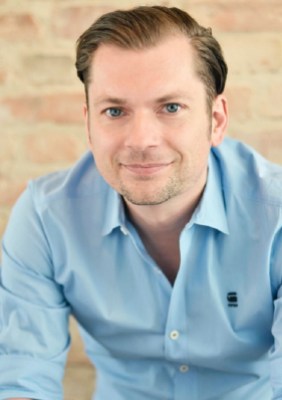 Above: Christian Henschel of Adjust.

Adjust provides services such as analytics, such as who is using an app, and attribution, or which advertiser is sending the most valuable users to the app.

The money came in a round led by Active Venture Partners and existing investors Target Partners, Iris Capital, and Capnamic Ventures. Adjust also plans to use the money to expand product development.

Adjust says it is signing up 100 new clients a week, and about 40 percent of its revenue comes from Asia and the U.S. already. Now the company plans to open new regional offices.

There are lots of competitors such as MobileAppTracking by Tune, Kochava, AppsFlyer, Ad-X (Criteo), and Localytics. But Adjust says that it puts an emphasis on scientific stats, a good user interface for understanding those stats, and efficient product updating.

At its core, the company helps mobile marketers understand where their most valuable users come from, what they do, and how to re-engage with them inside or outside their app. Adjust is also an official Facebook and Twitter Mobile Measurement Partner and integrated with more than 300 networks and partners globally.

To identify users without violating their privacy, Adjust uses device identification numbers, PlayStore Referrer, and fingerprinting technology. Adjust can get data from Twitter and Facebook.That data helps it figure out where a user came from via an advertiser.

That proved to be valuable to Upsight, which was formed through the merger of Kontagent and PlayHaven. Facebook said that it was banning Kontagent from accessing its data because the company didn’t properly deal with its rules on storage of user data. Adjust doesn’t have that problem, and so now it can provide the Facebook data to Upsight, which can now access Adjust dashboards to see the usage trends in their mobile app following marketing campaigns. Bonham formerly worked at Upsight.

Christian Henschel, chief executive of Adjust, said, “An investor partnership is all about carefully choosing the right VC to build a great, constructive relationship based on common goals, and we are proud to have found such a great fit with Active Venture Partners. Finding the right VC is all about finding a balance of the three Cs: chemistry, connections and capabilities.”