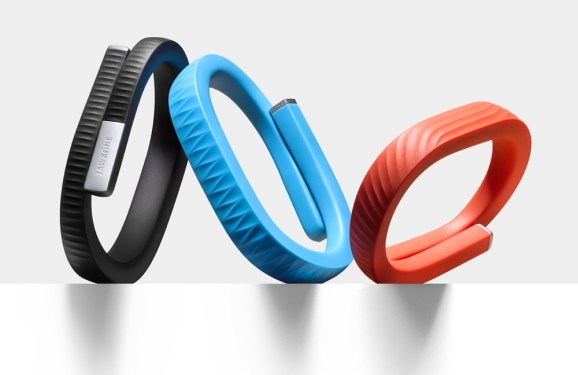 Up24 (left and right) and Up (center) health bands

Apple isn’t the only tech company with big health gadget announcements this week.

Jawbone today released a firmware upgrade for its Up24 health band, which will double the device’s battery life from 7 to 14 days. The move isn’t unusual for Jawbone — a previous upgrade for its Big Jambox wireless speaker also added two hours of battery life.

Jawbone also plans to announce tomorrow that it will open its Up health tracking platform to other wearable companies, as well as embedded health-tracking hardware like the iPhone 5S’s M7 processor, a source familiar with the company’s plans tells VentureBeat. Recode reported this morning that Jawbone planned to open up its platform later this week.

So why open up to competitors? Jawbone likely plans to take advantage of the network effect of wearables. Rather than just supporting its own hardware, collecting data from a multitude of wearable devices will ultimately make its platform stronger.

The company plans to roll out an update for its Up app throughout September starting with iOS, then following with Android. Jawbone also plans to open up its platform to Windows Phone apps, our source says.