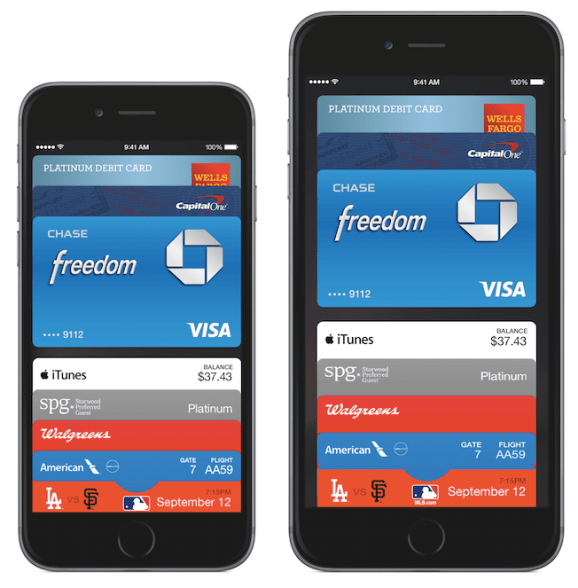 Apple today announced Apple Pay, a new digital service that the company calls “an entirely new payment process.” Apple Pay is available in the U.S. for the upcoming iPhone 6, iPhone 6 Plus, and Apple Watch.

The Apple Pay announcement follows earlier reports that accurately described the service as an NFC-powered digital wallet, made in partnership with American Express and Visa. During the event, Apple confirmed these rumors and also revealed new partners, including Master Card.

It’s been clear for quite some time that Apple would eventually invest in mobile payments. Back in April, Apple revealed that its users had registered a whopping 800 million iTunes accounts, many of which have credit cards attached. And during the first quarter of this calendar year, Apple users apparently dropped $5.2 billion in iTunes purchases.

Apple’s new payments service will challenge carrier-backed ISIS — soon to be renamed to “Softcard” — and Google Wallet, both of which have failed to strike a chord with consumers.