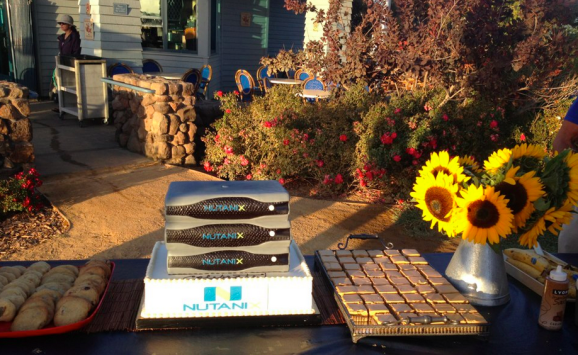 Nutanix, the fast-growing company that mashes together server and storage components into convenient stackable boxes for data centers, is not about to turn away a little bit more smart money.

In a filing the company sent over today to the U.S. Securities and Exchange Commission, Nutanix disclosed that it had raised a bit more than $145 million in its latest round. That number exceeds the $140 million figure VentureBeat reported on two weeks ago.

That’s because Nutanix took on an additional $5 million from a strategic investor, topping out the round, a source familiar with the matter tells VentureBeat.

Lots of tech companies seem to be coming around to the appeal of converged infrastructure, which could end up saving customers money as well as headaches attributable to management complexity. VMware last month revealed a line of converged hardware, starting with the EVO:RAIL product. Cisco recently refreshed its unified infrastructure line with a new “UCS Mini” box packing compute, storage, and networking elements.

Competing startup SimpliVity is coming up quick, but it might not be on the brink of going public the way Nutanix is. Nutanix last month boasted a valuation in excess of $2 billion.

Now it could be that more tech companies want a way into the conversation at Nutanix, which has been quickly adding customers.