The new CTO, Minerva Tantoco, has worked with both startups and large enterprises over the last 25 years. She also has four patents under her belt.

Tantoco will be heading up an entirely new division within the mayor’s office, to be called the “Office of Technology and Innovation.” Tantoco will be in charge of shaping the city’s technology and innovation strategy, under the watch of First Deputy Mayor Anthony Shorris. 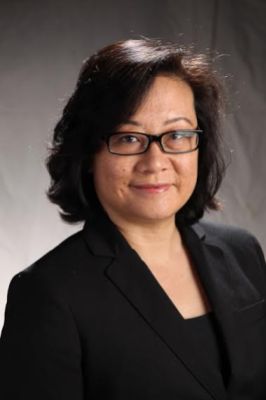 Tantoco hails from Queens, New York, and attended the Bronx Science High School growing up, which gives her a bona fide New York pedigree. Currently, she serves as the CTO of client-facing technology at financial firm UBS. Before that, she worked as a director of investment banking technology at Merrill Lynch.

The closest thing New York has ever had to a CTO in the mayor’s office was in 2011, when former mayor Michael Bloomberg named Rachel Sterne Haot as New York City’s Chief Digital Officer — the first ever. What came next were a slew of projects ranging from New York’s Digital Road Map to NYC OpenData, all meant to help New Yorker’s to better engage with the city of New York using technology.

There were of course of other ways that Bloomberg made the tech industry feel welcome. Last year in partnership with New York Tech Meetup, the mayor’s office launched a map of digital tech startups and investors in New York. The mayor’s office also helped push for Cornell University’s new NYC Tech campus, which is supposed to debut on Roosevelt Island in 2017.

At the end of last year, Haot left the mayor’s office for the governor’s office and became New York state’s deputy secretary for technology, leaving something of a gap in the new mayor’s tech department.

Not to get left in the dust by his predecessor, it makes sense the mayor would want to continue building a strong partnership with New York’s tech community.

This article has been updated to change an earlier error. Rachel Haot is not chief technology officer for New York State, but rather its deputy secretary for technology.