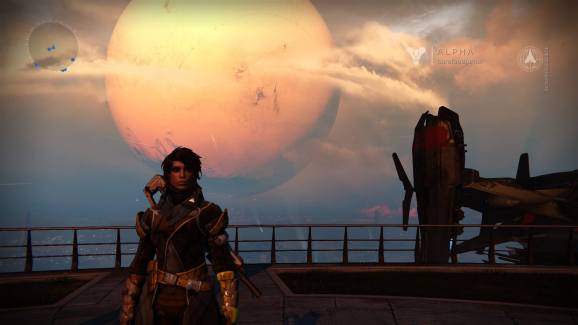 A screenshot from Destiny.

It looks like Bungie and Activision are responsible for another blockbuster megahit.

Destiny has made more than $500 million in revenue in one day, according to publisher Activision and developer Bungie. That makes the sci-fi online shooter, where players team up to take on missions and kill aliens, the most successful franchise debut in gaming history. Activision also notes that Destiny is the best-selling digital release on console through a 24-hour period. Prior to its debut, the game had already racked up a record-breaking number of preorders, and it looks like that translated into a massive launch. Moving forward, it’s likely that Destiny will join Call of Duty and Skylanders as Activision’s next billion-dollar brand.

While $500 million is an impressive number, that doesn’t fully reflect consumer demand because Activision is mostly counting the games it has sold to retailers. Of course, retailers only order what they think they can sell. If they are ordering hundreds of millions of dollars worth of Destiny, it’s probably because they think that’s how much customers want the title.

“Based on extraordinary audience demand, retail and first-party orders worldwide have exceeded $500 million for Destiny,” Activision chief executive officer Bobby Kotick said. “This industry milestone marks another blockbuster success for our company and demonstrates our unique ability to create some of the most successful entertainment franchises in the world.”

Generating $500 million in revenue on day one is significant for Activision because that is around how much the publisher spent on producing and promoting Destiny. From this point forward, Destiny is nothing but a money-making enterprise for the company.

“This result is already much better than expected,” Macquarie Securities analyst Ben Schachter wrote in a note to investors. “We had forecast $400 million in sales for the full September quarter — Activision beat this total in one day and still has the holiday season to come.”

Schachter went on to predict that Destiny will easily surpass 15 million copies sold before the end of the year.

“Since the beginning, we’ve been confident that our investment and belief in Destiny would pay off,” Activision Publishing chief executive officer Eric Hirshberg said. “But not many people believed we’d be able to say it did so on day one.”