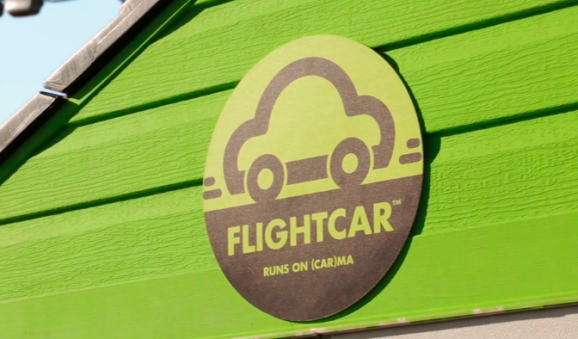 A parked car at an airport is an untapped resource, and startups love untapped resources. One startup, FlightCar, puts your unused car to work while you travel, and it has just scored $13.5 million to continue doing so.

CEO and co-founder Rujul Zaparde recalled to VentureBeat that he was sitting with co-founder and president Kevin Petrovic in the winter of 2012, talking about Airbnb.

“If your most valuable asset is your home,” he said they reasoned, “the second is your car.”

“Then we put two and two together,” he told us, coming up with a service that started in February of last year at San Francisco’s airport and has now reached the main airports of Boston and Los Angeles. The new funding, a Series A round lead by GGV Capital, will be used for expansion to Seattle and other airports. The company reports 30,000 members, including both car owners and the car renters.

Although they are now matchmakers between idle cars and needy drivers, the co-founders have only been legally driving for a few years. Zaparde, who is 19, deferred attending Harvard in the fall of 2012 to launch this company. Co-founder and president Kevin Petrovic is 20 and similarly told Princeton that school would have to wait.

“Let’s say you’re going on a five-day trip next week,” Zaparde told us. If you’re traveling by air, you list your car online with Flightcar, pull into its 24/7 parking lot near the airport, and get checked in by an attendant.

A town car service takes you to your gate. When you return, you click on the FlightCar app to get picked up and taken back to the lot. Your car, he said, is waiting, cleaned inside and washed on the outside. You’ve gotten five days of free parking, plus a fee for use of your car.

From the point of view of renters — who are pre-screened — the company guarantees a car in the class requested or larger. If for some reason a suitable car is not available, FlightCar will take the renter to a rental car agency, “and we’ll pay the difference,” Zaparde said. “It’s happened, but it’s extremely rare.”

The renter pays anywhere from $39 per day for a one-day rental to $19 per day for a five-day rental, for the least expensive and smallest car. That includes up to one hundred miles a day. After that, it’s 45 cents per mile.

The car owner gets five to 20 cents a mile up to 75 miles and 40 cents for each mile over. So a car driven for 100 miles could make the owner up to $35 a day, plus free parking and a car wash. The company reports that most cars are driven less than 40 miles daily, and each rented car has up to $1 million in insurance.

What if you get back from your trip, drive your car away, and find out the next day it has a problem it never had before?

Zaparde said FlightCar will cover “any sort of damage, internal or external” except air conditioning issues, with no deductible. An owner has three days from picking up the car to report any issue.

“If there is a significant issue, we’ll have an independent mechanic look at it, and if it’s not just wear and tear and is not the air conditioning, we’ll cover it in full,” he said. During repair, a loaner car is offered.