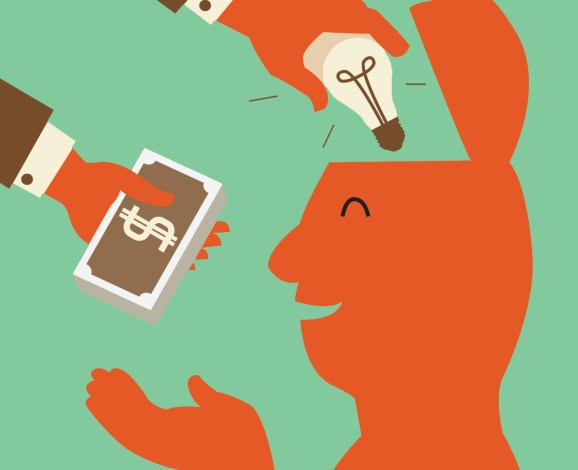 This company uses mobile software to connect dispatch centers with field workers, such as television repairpeople; they then learn in advance when they need to be at your house and what’s wrong with your television. This round of funding is supposed to help FieldAware expand its product offerings and take on new clients.

The round was led by Summit Bridge Capital, which is co-funded by WestSummit Capital and Atlantic Bridge.

Read more on VentureBeat: Field service management tool FieldAware gets $24M to ensure the cable guy makes it to your house on time

365 Data Centers, a company that operates 17 U.S. colocation facilities, has taken on $16 million in fresh funding.

Fortress Credit Corp. has also provided a $55 million credit facility to the company. Crosslink Capital and Housatonic Partners, which have previously funded 365, have also contributed new funding to the company.

FlightCar puts your unused car to work while you travel, and it has just scored $13.5 million to continue doing so.

If you’re traveling by air, you list your car online with Flightcar, pull into its 24/7 parking lot near the airport, and get checked in by an attendant. A town car service takes you to your gate. When you return, you click on the FlightCar app to get picked up and taken back to the lot. Your car, he said, is waiting, cleaned inside and washed on the outside. You’ve gotten five days of free parking, plus a fee for use of your car.

In addition to GGV Capital, existing investors General Catalyst Partners, SoftBank Capital, and First Round Capital also participated in this round.

Read more on VentureBeat: FlightCar nabs $13.5M to employ your car instead of parking it at an airport

CartoDB, a startup that provides a web service for storing and visualizing locations on maps, announced today that it has raised $8 million in new funding. CartoDB is available under an open-source license. But for companies that want to create private maps and access other special features, a monthly premium service is available. Earlybird Venture Capital led the round. Kibo Ventures and Vitamina K also participated.

Employee wellness and health should be of huge importance to companies for various reasons, including better employee performance and happiness. Keas, a San Francisco-based company, provides a fun way for employees to track and improve their health through games and quizzes, tips and health info, and frequent tracking of their health. It can even integrate health-tracker data for an additional dimension of data. The company counts Safeway and Salesforce among its customers.

According to a document filed with the U.S. Securities and Exchange Commission, the company has raised $7.4 million in funding in a fourth round, bringing up its total funding to $32.9 million. Previous investors included Ignition Partners and Atlas Venture.

Soneter, a company that offers has sensors to monitor your home for water leaks, has closed a new $6 million round led by the GRA Venture Fund. Soneter says its patented technology provides “water detection, sub-metering, and usage information” to homes. Founded in 2010, its products are based on technology licensed from the Georgia Institute of Technology.

Nutanix tacks on an extra $5M

Nutanix, the fast-growing company that mashes together server and storage components into convenient stackable boxes for data centers, is not about to turn away a little bit more smart money.

Nutanix took on an additional $5 million from a strategic investor, topping out its latest round at a bit more than $145 million, a source familiar with the matter tells VentureBeat.

Elastic Path claims that its 200 customers generated $6.5 billion in sales using its technologies. The company’s platform is aimed at marketers, not IT pros, letting them set merchandising offers, conduct split testing (such as A/B tests), and other ecommerce tasks quickly and securely.

Nanowear, which describes itself as “an early-stage developer of wearable, textile-based diagnostic monitoring technology,” raised a $1.5 million seed round led by The Social+Capital Partnership and MAS Holdings. The company’s main product is a cardiac monitor (heart sensor) that can be woven into clothing, such as a t-shirt, bra, or undergarment. The company is preparing to take this product through the U.S. Food and Drug Administration approval process.

OneView Commerce, a Boston-based provider of software that can help retailers keep track of customers both physically and online, as well as provide consumers with a single shopping cart to use in both environments, disclosed $1.52 million in new funding today. OneView’s software works with multiple mobile operating systems and HTML 5, and it can integrate with companies point-of-sale systems.

Poachable, a Seattle-based company that aims to help people find new jobs (privately, without actively starting a job search) has raised $500,000. It takes a Tinder-like approach to connecting employers with prospective employees, anonymously, allowing connections to happen only when both are interested.