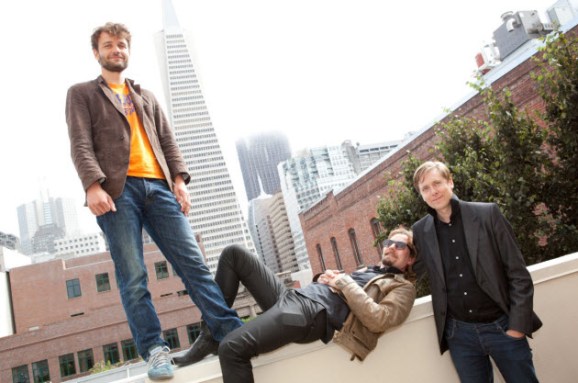 Unity Technologies, the makers of prolific video-game-development engines and tools, is exploring options for its future. One of those options is the possible sale of the company. The asking price is apparently very high — we’ve heard over $1 billion to as high as $2 billion.

We’re not able to confirm what the exact price would be — or if Unity will be sold at all. But more than one source has provided this information to GamesBeat, including one who would have knowledge about the state of the ownership status.

This has all come up recently because of an interesting turn of events, which weren’t prompted by the company’s own desire to sell. Rather, one of Unity’s bigger shareholders has explored the idea of selling his shares, and that prompted the evaluation of the company’s future.

Unity, which is based in San Francisco, has declined to comment so far.

Besides making money, Unity’s mission is to make it easier for small teams or even individuals to develop and publish their games across many platforms. Its Unity 3D engine has been a backbone of the indie movement in the gaming industry, which large corporations typically dominate. Unity’s identity is tied up in the belief that indie developers are inherently more diverse and creative than teams working for gigantic companies. It has been increasingly successful as the indies have succeeded on new kinds of platforms like iOS and Android, where developers can sell their games directly to the masses without going through publishers.

In the past, we have heard from a couple of sources (outside the company) that Amazon was prepared to pay $650 million last year for Unity. But David Helgason, CEO of Unity, decided not to sell to Amazon or other interested parties at the time, which included Microsoft.

This summer, rumors of a possible sale surfaced again. One shareholder, cofounder Nicholas Francis, left Unity in February 2013. He decided that he wanted to sell some shares in a secondary market. One bidder emerged and wanted to buy all of Francis’s shares.

That caused Unity to stop and pause and begin thinking about whether it should sell the whole company. Unity began working with Qatalyst Partners, the investment bank headed by Silicon Valley deal maker Frank Quattrone. Multiple big companies have expressed an interest in acquiring Unity, but we do not know how far those talks have progressed. We do not believe that the company has any signed term sheet or complete offer.

“What you have heard is true,” one source close to Unity told GamesBeat on the condition of anonymity, speaking about the potential sale.

I’ve talked to multiple sources who asked that they not be identified. Some of the information is conflicting. But the person who confirmed that the company is for sale has more knowledge about such matters than the other sources.

“I have not heard that we are for sale, but we are at a checkpoint,” said a different source close to the company.

Still yet another source close to Unity dismissed the idea that the company was for sale. Rather, this source agreed with public statements by Helgason, including an interview with GamesBeat, that Unity is focused on its strategy to expand beyond game development tools to services for developers. That was why Unity bought both Playnomics, a mobile social-gaming analytics firm, and Applifier, which has a video service that allows players to upload videos of their best play sessions for others to see.

Rather than sell out quickly, the source said that Unity could become a much more valuable and meaningful company if it executes on this new strategy. John Riccitiello, former CEO of publisher Electronic Arts, was brought on board to be an advisor for that strategy, according to multiple sources.

Also, we are unable to confirm what this is in reference to, but one source made a reference to the code name “Ulysses.” We are investigating this and will report back on GamesBeat if we discover anything.

Helgason will be speaking in a fireside chat at our GamesBeat 2014 event next week. And probably many of the companies that might bid for Unity will also be on stage.

Unity was founded in 2004 by Helgason, Francis, and Joachim Ante (chief technology officer) in Copenhagen. They created a game, GooBall, but failed to get traction with it. But they realized that the real value in what they created was in the tools and game engine. Recently, Helgason estimated that Unity’s Asset Store, which is full of contributions from game developers, can save game makers lots of time, and that translates into something like $1.4 billion in savings per year.

Above: Unity productivity: how

Unity faces competition from rivals such as Epic Games, which is minority-owned by China’s Tencent. Epic has lowered its prices for its Unreal Engine 4 game-development tools to $19 a month. That has made some observers in the market wonder whether Unity is under pressure to lower its prices for its clients. But Unity makes money not only from licensing out its Unity 3D engine. It also makes money from platform holders (such as Sony PlayStation) who want to have more games on their systems. That’s a major reason why Unity has grown so quickly.

It is in the midst of revamping its game development engine, Unity 4 and the upcoming Unity 5, to make it compatible with Intel-based x86 chips running the Android development system. That is in keeping with Intel’s plans to sell 40 million chips for tablets in 2014. That is likely the sort of partnership where Unity is making money because it receives payment from companies like Intel to make the game engine compatible with their devices. The companies have not commented on the exact terms of their relationship, except to note that one is in place.

The Unity engine enables developers to create games that can run on a variety of platforms including mobile devices, game consoles, PCs, and embedded systems. Unity has 2.9 million registered developers, and it has more than 600,000 active users who use the tools every month. Professional developers who publish their games have to pay a fee to Unity.

In the name of transparency, I’ve gotten stories with anonymous sources wrong before. I’m pretty confident that what I’ve got here is solid, and I’ve noted where I just don’t know what is going on. The level of sourcing is better than what I had with my original “Google buys Twitch story.” Google and Amazon just fought it out over the acquisition of the video livestreaming site. Google stepped in at first, and Amazon stole the purchase away. I would note that we were slow to catch on to the fact that Amazon had intercepted the deal and bought Twitch for $970 million.

The question is, who would buy Unity? If anyone convinces its founders and board of the right price, they will also have to show that the acquisition will be good for the company’s core goal of democratizing game development.