GaymerX2 was supposed to be the end.

Following the close of the second annual LGBTQ-focused gaming convention in San Francisco this past July, its organizers sounded adamant that there would be no more events of that scale. Our own interview with Toni Rocca, GaymerX president, felt pretty definitive on the subject as well. But on August 25th, the third convention in the GaymerX series, bearing the new title “GX3: Everyone Games,” launched a crowdfunding campaign on Kickstarter.

Above: Convention founder Matt Conn, speaking at GaymerX2 in August of 2014.

With just under a week left before closing, the campaign looks poised to reach its $80,000 goal — as of this writing, it has raised just over $72,000.

I recently spoke with founder Matt Conn on what changed the organization’s mind about hosting the event and what’s changing the third time around.

GamesBeat (GB): Your and [GaymerX president] Toni Rocca’s remarks seemed pretty definitively against another convention. What has changed between our last interview and the Kickstarter announcement?

Matt Conn: I think that we had set out what we wanted to do, which was to create a dialogue around lesbian, gay, bisexual, transgender, and queer gamers on a national level. We did that, and we were ready to move on to other projects. But people – both gamers and other companies – really wanted this to continue. They felt that what we were doing was important: providing a safe space for gamers that normally don’t get one. Companies like MailChimp, Blizzard, Devolver – they all stepped up to say, “Hey, if you do another one, we’ve got your back.” That, combined with the gamers and gaymers who have asked for us to continue, it was hard to say no.

GB: What do you feel was lacking in the GaymerX name that mandated the change to GX3: Everybody Games?

Matt Conn: We were originally trying to make something that was for gay gamers. [W]e really wanted to not just show the world that gay gamers exist, but exist in large numbers and want a community of their own. Since launch, our attendance has grown to include women, trans folks, people of color, allies … it’s a very diverse group, and it doesn’t just include gaymers. We’ll always be GaymerX, but the event itself will just be called GX3, both for simplicity and to show that it’s not just for gay dudes, but for everyone.

GB: What knowledge and experience from the first two years of running conventions will you be taking into GX3?

Matt Conn: The biggest thing we learned is really what the hidden costs are to holding an event. Insurance, audio/visual expenses, venue costs, room costs … there’s a lot of stuff that we didn’t budget for in year one. And with a huge venue for year two, we got in a little over our head. With this year, and with holding the Kickstarter first, we can work out a budget that makes sense within the money that we raise. We know the hidden costs, and we can improve on areas that were weak in the first years.

We’re going to work hard to make sure the flow and vibe, timing, and organization of the convention continues to improve.

Above: GX3 will stay in San Francisco, due mostly to fan and volunteer demand.

GB: What led to the decision to keep GX3 in San Francisco, given your earlier statements of scouting for other potential host cities?

Matt Conn: We actually had originally planned to move it outside of the [San Francisco] Bay Area, but when we talked to vendors, volunteers, and attendees, a good swath of them wanted to keep it where it is. Although we could work on finding new vendors, if the volunteers and a good amount of attendees aren’t willing to travel, we have to work with what we have.That being said, I’m still very open to working with someone on the East Coast or the U.K. if there’s a capable team to bring GX or GaymerX over there – I want people who can’t afford to travel out here to still be able to have a place of their own!

GB: How do you plan to increase the media traffic during the event, as opposed the largely before/after coverage of the past two years? 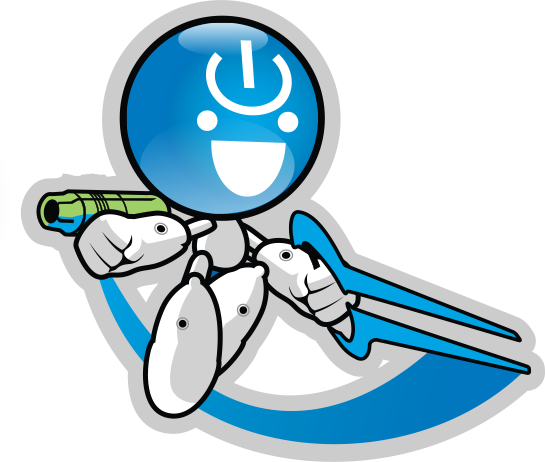 Above: Turing (above) is just one of GaymerX’s robotic mascots.

Matt Conn: I think the issue mostly comes down to inviting people from the press (as opposed to waiting for them to ask for press passes) and making sure that we have appetizing reasons for the press to come. Some of that will include more panels with members of the press, especially with how it has become a larger topic of discussion over the last year.

GB: Are there any announcements about publishers or developers attending the convention that you can make now? Any hints at panels or major events attendees can look forward to?

Matt Conn: Not yet. It is like 15 months away after all, but we hope to grow our speaker and vendor list while still maintaining a chill, family type of atmosphere.

GB: Lastly, what do you make of other, more mainstream conventions attempting outreach to affected gaming communities? Things like the Penny Arcade Expo’s Diversity Lounge, for instance.

Matt Conn: I think it’s great – I think that the more safe spaces and resources we can provide diverse gamers and game devs, the better the gaming community will be for it.