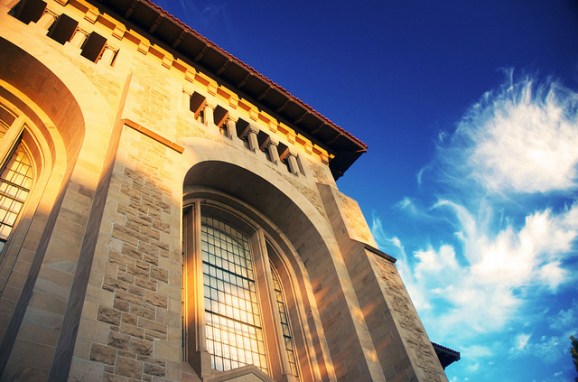 My new favorite college ranking system released a fresh report this week, and the results show why Stanford is gaining a reputation as the best college in the country. Salary database startup PayScale ranks colleges by market outcomes of graduates and found that technology-obsessed schools are the best bang for the college buck.

When non-military colleges are ranked on market outcomes, Stanford comes in at #2, Harvard at #9, and the small, science-oriented Harvey-Mudd snags the top spot. 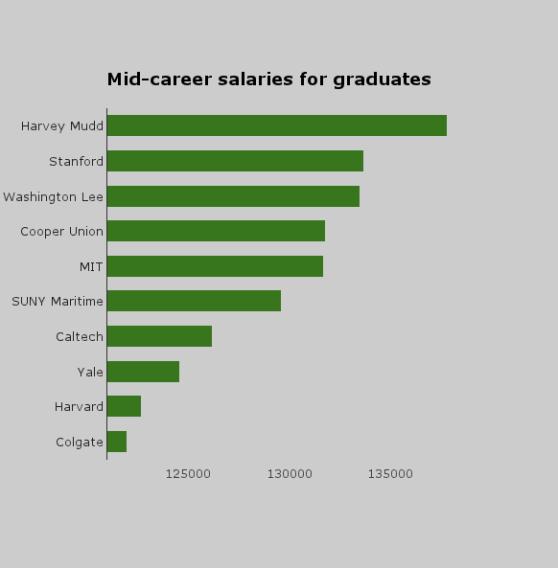 There are some caveats to think about when ranking by employment. Different ways of measuring income and student populations change up the top 10 schools, but the tech-focused schools stay on top. The above graph measures the mid-career salaries of all alumni. When colleges are ranked by Bachelor’s degree only, MIT ranks #2 and Stanford #4*.

Reproducing the rankings as a scatter plot reveals a clear (but moderate) correlation between the percent of students who make a lot of money and those who graduate with a science, technology, engineering, or math (STEM) degree. 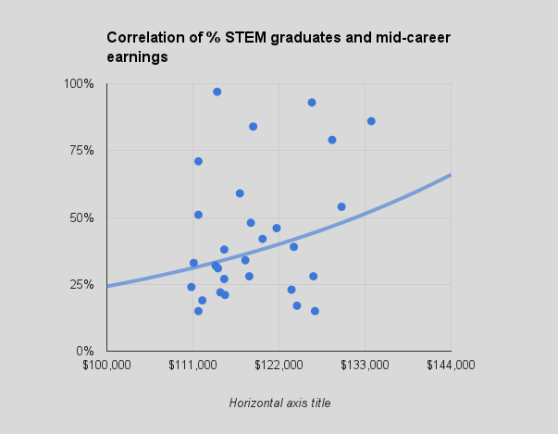 The potentially good news is that the government might be doing something to encourage colleges to prioritize job market outcomes. President Obama has proposed a new college ranking system based on gainful employment. College unions, however, are freaking out and delaying the law.

Fortunately, there are startups with the data to go ahead with these rankings, despite lobbying to the contrary.

*Note: I removed two military colleges from the ranking. I didn’t think the naval academy was an apples-to-apples comparison with the other top 10. It’s a great school, but for a very specific vocational track.