The SETI Institute is announcing today a “game jam” that will encourage game developers to create games that actively promote the search for extraterrestrial intelligence. 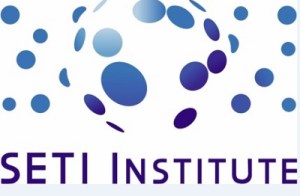 Mountain View, Calif.-based SETI has a mission to find evidence of alien life on other planets. It collects a lot of data, and it wants its scientists to provide game developers with access to that data. It wants game creators to focus on making games for the Drake Equation, which is used to estimate the number of active, communicative intelligent civilizations in the Milky Way galaxy.

The search for life in our universe is vitally important, but it isn’t always that fun given that it hasn’t yielded results yet. But the SETI-JAM is aimed at making the search more fun. Gamemakers will have access to actual data from more than 70 scientists at the institute. Game jams have become a popular kind of event where developers work continuously to create and finish a game in a fixed time like 48 hours. As such, game jams force creativity on a deadline.

In some ways, SETI can look forward to one of the greatest games possible in this genre already with the Oct. 24 launch of the PC game Sid Meier’s Civilization: Beyond Earth, where humanity takes to the stars to avoid global warming on Earth. A real astronomer says the game’s focus on finding habitable planets incorporates a lot of scientific research on the subject.

SETI-JAM is for game developers of every experience level who are interested in collaborating to create games on the theme of the Drake Equation. The game jam is the first in a new SETI Institute Initiative to use games to engage the public in real science and the search for life in the universe.

“At the SETI Institute, we have a passion for discovery and for sharing knowledge with the world. We see gaming as a terrific vehicle to engage with the public on real science and research,” said Karen Randall, the director of special projects at the SETI Institute, in a statement. “By giving game developers direct access to our scientists and research, we hope to kick-start a new effort using games to bring real science to the public. We can’t wait to see what the devs can come up with.”

The game jam will take place Oct. 17 to Oct. 19 at the institute in Mountain View, Calif. Satellite locations include Gjovik University in Norway and the University of Southern California in Los Angeles, with more to be announced at a later date. Registration starts on Sept. 29.

The Drake Equation was written in 1961 by the “father of SETI,” Frank Drake. The equation illustrates the breadth of scientific expertise needed to answer the question, “Are we alone?”

Advisers from the game industry include: