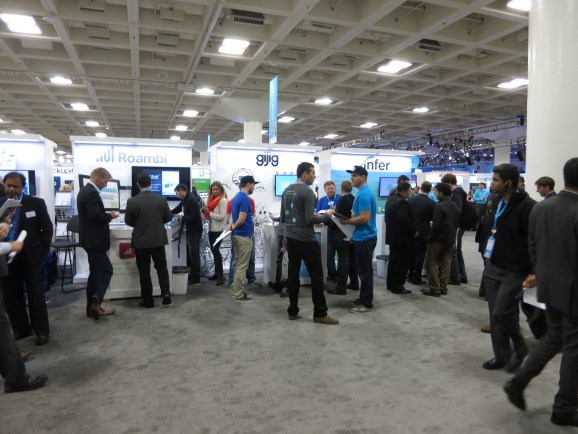 Enterprise software giant Salesforce.com has made its offerings into a sort of platform that other software companies can build on. And if Salesforce is indeed about to launch a business-analytics tool, the move could jeopardize a whole bunch of startups and even publicly traded companies that sit in the Salesforce ecosystem.

Just look at the Salesforce AppExchange, which is the name of the app store Salesforce has built over the past few years. You could put together a list of companies that partner with Salesforce and could now be in the crosshairs because of the news.

VentureBeat is studying marketing tech.
Fill out our State of Marketing Technology survey, and we’ll share the data with you.

And that’s exactly what we’ve done. Read on to get a sense of the major impact Salesforce is about to make.

Startups on this list might want to ask their contacts at Salesforce what the Analytics Cloud is all about, so they can figure out what to do next.

And we, too, would like to learn more about the service. Salesforce declined to comment. “Stay tuned for Dreamforce,” a company spokeswoman told VentureBeat.