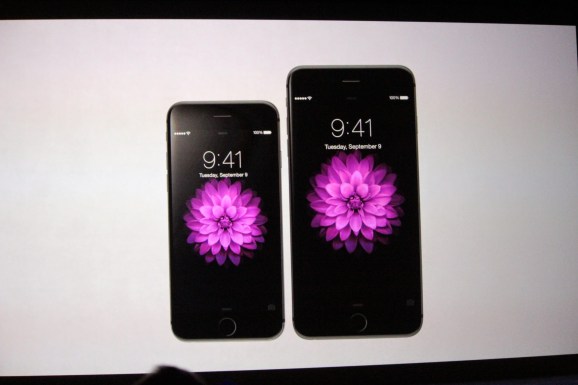 Apple has already sold out of its new iPhone 6 Plus device, not even a full day after the device became available for order.

Apple opened up preorders for the iPhone 6 and iPhone 6 Plus last night, and it appears that Apple and all the major U.S. wireless carriers have completely sold through their initial allotments of the Plus. That’s saying a lot, considering that the iPhone 6 Plus is $100 more expensive than the regular model and is available with three different storage options (16GB for $299, 64GB for $399, and 128GB for $499).

Those wishing to preorder the iPhone 6 Plus at this point can still do so but will need to wait longer before getting the actual device. While people who managed to pre-order the phone before it was out of stock should receive their devices by Sept. 19, Verizon is telling customers they’ll get their back-ordered phones by mid October, while AT&T warns it could take up to 45 days. T-Mobile and Sprint don’t have concrete shipping dates, but do notify customers that the phone is on back order.

Apple is expected to ship over 80 million iPhones this year, and if today’s preorder activity is any indication, that shouldn’t be a problem.