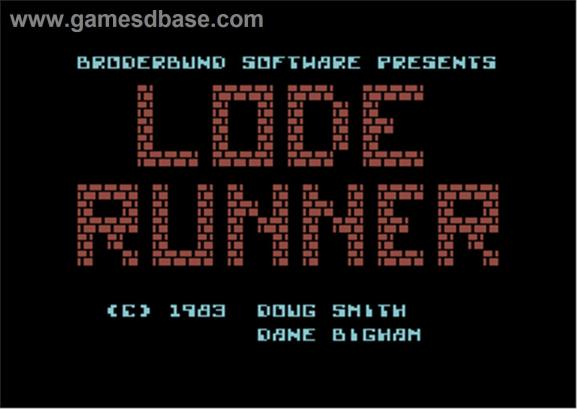 The man responsible for one of gaming’s early hits has passed away.

Douglas E. Smith has departed, according to developer Tozai Games. Smith made a name for himself when he created the action title Lode Runner for the Apple II computer in 1983. The game had players controlling a stick figure that had to avoid enemies while collecting gold throughout various levels, and many players immediately fell in love with the title. Since its original debut, publishers Brøderbund Software and Ariolasoft have ported Lode Runner to dozens of different platforms including, most recently, Xbox Live Arcade and Windows Phone.

Tozai Games, which has worked with Smith over the years and produced the Xbox Live Arcade version of Lode Runner, posted the following message to its website:

It is with great sadness that we learned today of the passing of our friend and colleague, Douglas Smith, the creator of the iconic game, Lode Runner. Our hearts and prayers are with Doug’s family during this difficult time. In Doug’s honor, we call on the legions of Lode Runner fans everywhere to take a private moment to reflect on your own personal memories of Lode Runner. What a contribution Doug made to the video game industry.

Smith started his career as an architect before he began prototyping a game called Kong, which would eventually turn into Lode Runner. Throughout 1982, he worked on building the action game for Apple II before submitting it to publishers Sierra On-Line, Sirius Software, Synergistic Software, and Brøderbund. All four companies were so impressed with what he made that each of them offered him a deal.

The developer went with Brøderbund because it offered him a $10,000 advance. The game publisher released the title in 1983 for Apple II, Atari’s 8-bit computers, the Commodore VIC-20 computer, the Commodore 64, and the IBM PC.