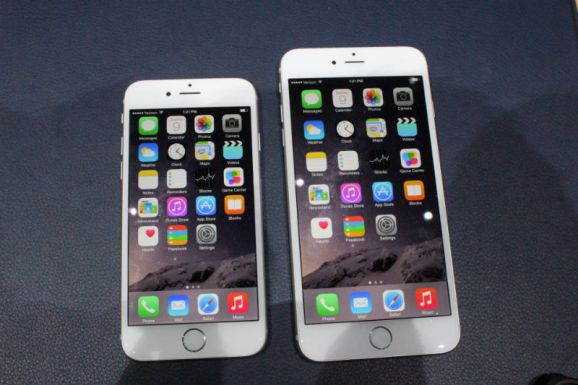 Sapphire screens were part of the iPhone 6 design until the glass repeatedly cracked during standard drop tests conducted by Apple suppliers. So Apple abandoned its sapphire plans before the iPhone 6 product launch September 9.

VentureBeat has learned that recent supplier channel checks by an IDC analyst yielded several reports of the sapphire failures and Apple’s decision against using the glass material.

As we heard on Tuesday in Cupertino, both the iPhone 6 and the larger iPhone 6 Plus will ship with screens made of “ion-strengthened” glass. This was apparently Apple’s second choice.

IDC analyst Danielle Levitas says it isn’t clear when exactly the drop-test failures took place, or when Apple abandoned plans for sapphire-screened iPhones. She says the poor drop-test results, combined with the relative high cost of sapphire glass, could have made plans to ship sapphire glass phones too risky.

One researcher who covers GT Advanced Technologies, the company that was to produce the glass for the iPhone 6, wrote in a research note earlier this week that plans for the sapphire screens were cancelled in August, just weeks before the September 9 launch.

The new Apple Watches (except the “Sport” version) do use sapphire for their screens. Levitas believes that the glass for the smaller 1.5-inch and 1.7-inch watch screens was less likely to break in drop tests.

Another VentureBeat source had reported all summer that Apple was facing supply chain issues, especially with regard to the larger 5.5-inch screen iPhone 6 Plus. Because the surface area of the piece of sapphire glass on the larger phone would have been so much greater, chances for breakage in drop tests would have been much higher.

Levitas believes there’s every chance that Apple will include sapphire screens in future iPhone releases.

A recent survey found that the second-most wanted iPhone feature among consumers is a harder covering.

Apple may now be planning to ship as many as 80 million units before the end of the year, according to a new report from DigiTimes.