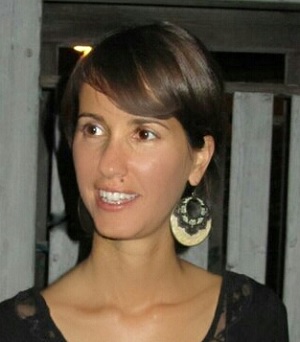 Above: Maytal Olsha has left Zynga.

Olsha confirmed to GamesBeat that she left social gaming giant Zynga a month ago. She said she felt it was time to move on after helping to create a successful social slots business at Zynga.

Zynga declined comment, other than to confirm that Olsha left. She is one of many executives to depart Zynga since former Microsoft Xbox chief Don Mattrick became chief executive of the San Francisco-based company. The turnover of the executive staff is nearly complete. The remaining executive veterans that predate Mattrick’s arrival include founder Mark Pincus, who gave up the CEO title but remains chairman, and Barry Cottle, executive vice president in charge of the poker and casino franchises.

Olsha worked at Zynga for two years, first as the chief operating officer for new markets. She was hired to take Zynga into real-money gambling. But the company changed its strategy once it hit bumpy times after its initial public offering in 2011. As legalization of real-money gambling in the U.S. proceeded much more slowly than expected, Zynga pulled out of that business and focused instead on virtual-goods based social casino games such as Zynga Poker and Hit It Rich Slots.

After that change in approach, Olsha shifted roles, taking over the social slots business, which included Hit It Rich Slots and Duck Dynasty Slots.

Olsha will be part of a breakout session entitled “Social casino games: The real money reality,” at our GamesBeat 2014 conference at 2:40 p.m. on Monday.