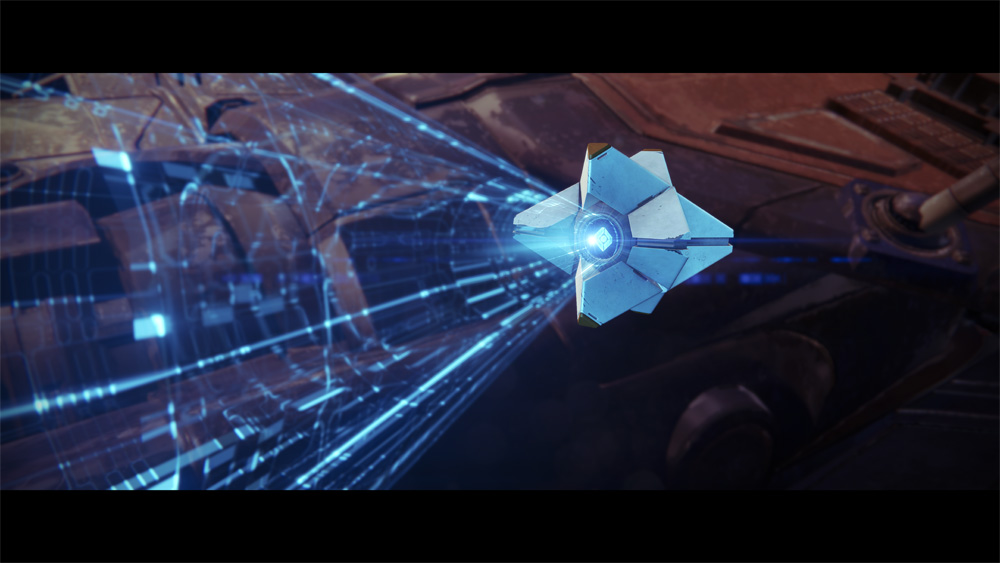 Above: Your Ghost companion, voiced by Game of Thrones’ Peter Dinklage, has the personality of a toaster.

A story that lacks true meaning

Destiny gives the impression that it has a deep story set in a gripping, lore-filled world. When you start, you learn about the giant, spherical Traveler and how it brought a new era of enlightenment to humanity. You’ll also discover that a darkness is coming for the benevolent ball, which has parked itself over the last great city on Earth. As a result, you’re tasked with repelling the evil forces and bringing light back to the Traveler, in essence saving the day.

But, the game never makes you care about any of this. Even worse, it just keeps throwing random events, enemies, and destinations at you without explaining what they are or why they’re relevant.

A typical exchange involves your floating robot Ghost companion telling you about something sinister that you have to kill to accomplish a certain objective. And he’ll randomly introduce new enemies and events as if you already know everything about them. If you’re lucky, you might get a line or two of dialogue to give a little background on what you’re up against. But that’s it. 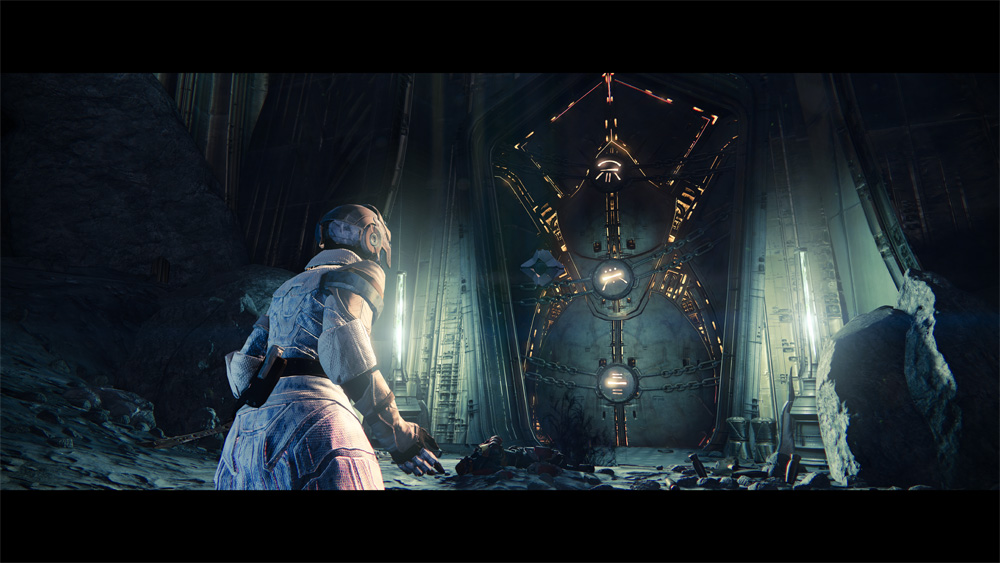 Above: Why is this place here? Why did the bad guys build it? Good luck figuring all of this out.

Unfortunately, Destiny’s uninspired voice acting doesn’t lift its alarmingly vague narrative. Most characters deliver lines in dry British accents, barely showing any emotion. The aforementioned Ghost, which Game of Thrones‘ Peter Dinklage portrays, is the biggest disappointment. Your synthetic sidekick speaks in a way that is detached and just … boring. I get the impression Dinklage probably didn’t care much about the lines he was reading, either.

I kept wondering if a revelation would come, bringing everything together in an ultimate “oh, yeah” moment. But no. It never arrived. All I got was a bunch of nonsense.

I just can’t see how a project with a $500 million budget could have such paper-thin storytelling. This game is supposed to lay a rich foundation for many releases to come. Instead of fueling my anticipation for what’s next, it just left me frustrated and unfulfilled.

Mission structure as tepid as the narrative

While Destiny’s combat has some surprising complexity, the story missions are predictable. As I said before, your Ghost guides you to the current objective, usually telling you to vanquish a group of enemies. Once finished, you then walk over to a console or relic so that the little flying gizmo can scan it. Most missions consist of multiple segments where you repeat these actions, and sometimes, you get to challenge an elite enemy or boss that can absorb more punishment than the typical cannon fodder you face. If you’re lucky, you might get some loot once you take him out.

The patrol missions also follow a set of scenarios that aren’t terribly exciting. On occasion, however, you’ll run into optional public events where you battle powerful threats alongside other players who are nearby. 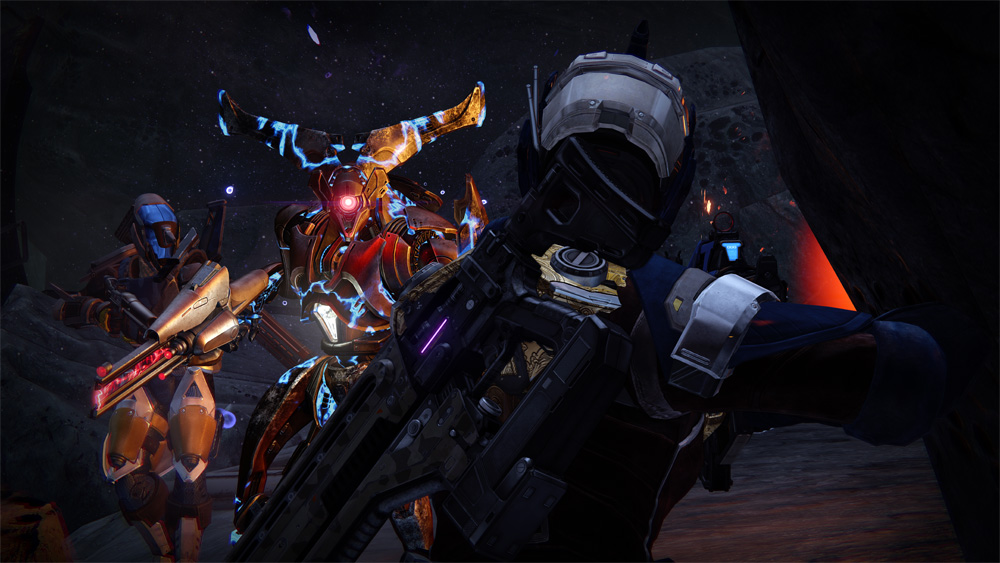 Above: Missions would be pretty boring if the combat wasn’t so fun.

Strikes are enjoyable but follow a standard formula as well. What makes these thrilling is their elevated difficulty and that you need to coordinate with your fellow fireteam members to achieve victory.

Destiny’s well-crafted shooting does help compensate for the straightforward mission structure. Once you get to the endgame, however, the reason to play on gets stifled by the repetitive design. The quest for rare items is just not that enticing. Overall, I was looking for something more substantial.

Activision and Bungie want Destiny to be the next mega-franchise in gaming. But a great universe needs interesting characters and compelling narratives. More important, the heroes need a true calling. I didn’t find one while playing this game.

Destiny isn’t a colorful platformer that gets away with the same old save-the-princess schtick. Nor is it the annual modern-war shooter that coasts on bombastic cutscenes and gratuitous explosions.

The ambitious big-budget title should be more than that. And right now, it’s a rock-solid shooter with no underlying purpose … or soul.

Destiny is a ship floating in space without a place to go.

Destiny is out now for PlayStation 4, Xbox One, PlayStation 3, and Xbox 360. Activision provided GamesBeat with a PS4 copy of the game for the purposes of this review.