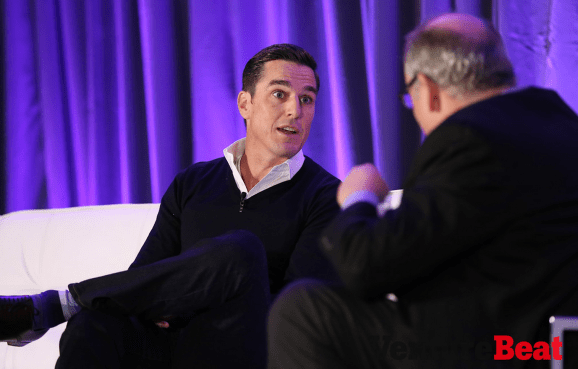 EA CEO Andrew Wilson wanted to create EA Access to serve a basic human need. In a talk at the GamesBeat 2014 conference this morning, Wilson, who has spent a year in charge of EA, said that people have an instinctual need to steal. Wilson believes that a business can take advantage of that by offering incredible deals and making a customer feel like they are getting more than what they’re spending.

EA Access is the company’s way of providing that “theft-like” value.

The service enables Xbox One owners to pay either $5 a month or $30 a year to get an instant library of older games (Need for Speed: Rivals, FIFA 14, and more), discount on digital purchases, and early trials of upcoming releases. Wilson says Access is the publisher’s way of making customers feel like they’re taking advantage of EA, and he’s OK with that.

“What we want is to make you feel like what you get [with EA Access] is worth more than the money you have in your pocket,” said Wilson.

The CEO said this strategy is core to how EA wants to proceed with value propositions in the future, but it also doesn’t mean triple-A $60 releases are going away.

“It’s really about saying that there is a player that wants to engage in our games at a huge value,” he said.

Making players feel like they are getting away with stealing is also part of Wilson’s wider plan to build a stronger relationship with the people who buy games.

“My belief is in the future of our industry, when there are more devices to play games on, your relationship with your players will determine your success,” said Wilson.

While building a digital service like EA Access is a part of that relationship-building, Wilson says he wants to make everyone working at his company feel like they are responsible for creating a connection with players. The executive notes that everyone from the developers to the people who work in EA’s corporate office need to put the players first.

“The games that review highest, are the games that get the balance [of innovation and polish] right,” said Wilson. “[Those games] do something new without bugs and other issues that pull you out of the experience.”

This is why Wilson and EA decided to delay some of its biggest upcoming games like Dragon Age: Inquisition and Battlefield: Hardline.

“When you look at something like Battlefield: Hardline,” said Wilson, “we think there’s more innovation you can put into the game. We think you could be doing completely new things. When we pushed back Dragon Age a few weeks, we wanted more time to get rid of bugs. Two decisions to ensure we deliver the best for gamers [in terms of innovation and quality].”