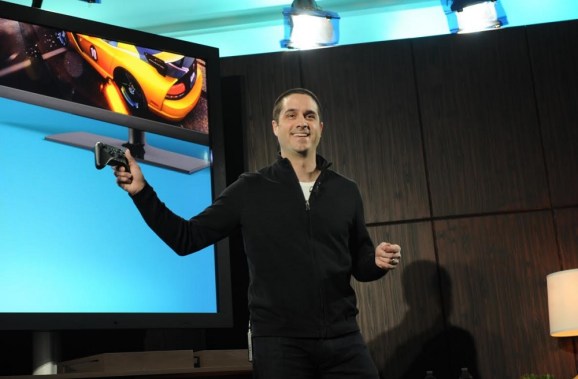 SAN FRANCISCO — Amazon gaming boss Mike Frazzini says the massive Internet retailer always wants to put customers first. To ensure it would do that when purchasing Twitch, the company used an odd gimmick to help it understand the nature of the deal it was hoping to make.

During a talk at the GamesBeat 2014 conference today, Frazzini explained that the company wrote up a mock press release when it was first thinking about buying the gameplay video-streaming site, Twitch. The Amazon executive says this exercise enabled the company to isolate how the potential acquisition would play out.

“We want to be the most customer-centric company in the world,” said Frazzini. And understanding how Amazon would explain buying Twitch to customers helped it understand how that would serve its customers.

Obviously, the press-release trick worked. On Aug. 25, Amazon pulled the trigger and spent $970 million on Twitch.

The question at this point for broadcasters and viewers is how Twitch makes sense as an Amazon subsidiary. What does the huge corporation have in store for its new video company?

“We have ideas about how Twitch fits with Amazon,” said Frazzini, but he avoided going into any details. “But it’s so early on. Those things could change over time.”

Frazzini did say that he wants Twitch to “just keep going.” For now, that’s fine — but eventually, we’ll likely see what Amazon does with its nearly $1 billion investment.