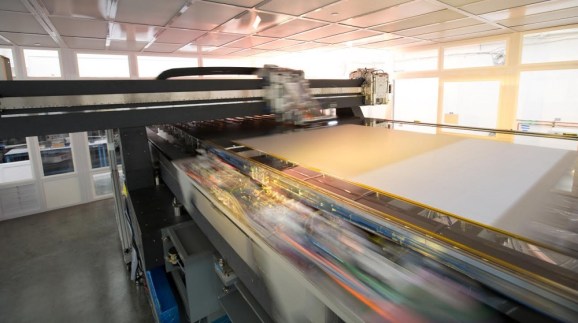 Kateeva has raised $38 million to build flexible displays using its inkjet printing technology. Its technology could lead to bright and thin TVs with curved and bendable screens.

Fundings for hardware startups are rare in Silicon Valley. But Kateeva is an exception thanks to its patented technology that has been in development for years. 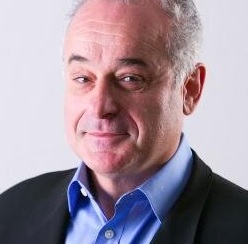 Above: Alain Harrus of Kateeva

The company has raised more than $110 million since it was founded in 2008. Kateeva makes the Yieldjet platform, which uses inkjet printing technology to deposit a layer of chemicals atop flexible organic light-emitting diode (OLED) displays. Kateeva says the technology adds better protection for displays, leading to longer lifetimes, higher yields, and lower production costs.

OLED displays are bright and thin, but their manufacturing costs are high. With Kateeva’s equipment, it’s easier to create a sealed display that is also curvable, bendable, and rollable. Kateeva can print on large sheets of glass, including sheets that are as large as a king-sized bed. It uses advanced semiconductor manufacturing techniques, combined with inkjet printing, to spray uniform layers of chemicals on displays. The flexible displays could be used in TVs with curved displays, as well as smartphones and wearable electronics.

Kateeva will use the money to expand manufacturing, sale, and support, said Alain Harrus, chief executive of Kateeva, in an interview with VentureBeat.

“You can think of this like an inkjet printer dropping small drops of chemicals on the surface of glass,” Harrus said.

The company is currently building its displays for early orders at a production facility in Silicon Valley, at its Menlo Park, Calif.-based headquarters.

Kateeva is announcing the funding at 2014 OLEDs World Summit taking place this week in Berkeley, Calif.

“Kateeva is a technology leader and has built a significant business in the OLED space,” said Michael Pachos, senior investment manager at Samsung Venture Investment Corp., in a statement. “The company has demonstrated both a technical and business vision in driving adoption of OLED displays and lighting.”

Kateeva has 70 employees, and it competes with companies that are divisions of large TV-related conglomerates, such as Epson and Tokyo Electron (soon to merge with Applied Materials). But Kateeva is the company close to mass production, Harrus said. The company has customers, but it can’t talk about them yet.

“We feel we are the only ones with this technology,” Harrus said. “Imagine having an 11-inch tablet that you can fold into three parts and put in your pocket. Or something like a helmet with an IMAX-like display.”