Tango’s Road Riot mobile game has been downloaded more than 10 million times in the past year. The mobile-messaging network’s racing title also has a million daily active players, and it is the No. 1 racing game in the Google Play app store. 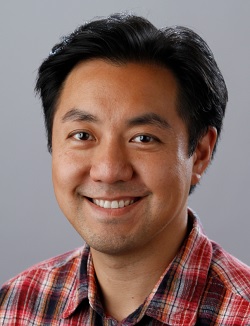 Above: Jim Ying of Tango.

That’s a big achievement for one of Tango’s internally produced mobile games, but it’s also important because the accomplishment validates the company’s new publishing model, said Jim Ying, vice president of games publishing for the Mountain View, Calif.-based firm. Tango has a mobile-messaging network with more than 250 million users, and it wants to use that network to make games more viral. The company hopes that games will help it retain people for a longer period of time and monetize its network, which is like a more modern version of text messaging.

During the past year, Tango has turned to mobile games as a way to monetize those users. It has more than 40 game partners, and it recently announced a $25 million fund to invest in mobile releases. Ying said that move has generated conversations with more than 100 developers.

“This is a huge accomplishment and shows that our new publishing strategy, which we announced in July, is on the right track,” said Ying, who will be giving a talk about how developers can get a publisher’s attention at our GamesBeat University section of GamesBeat 2014 today.

This strategy is similar to that of Asian mobile-messaging networks such as Kakao in South Korea, Line in Japan, and WeChat in China. Those networks have gained hundreds of millions of users, and participation is high because people share a lot of games with friends. Titles that debut on those networks often climb into the top ranks in the worldwide app stores.

Tango is trying to get the same virtuous cycle going in its own network. The company has more than 70 million monthly active users and consistently ranks in the top 25 apps on Google Play and top 100 on the iTunes App Store. About 31 percent of its users are in North America, 20 percent are in Asia, 12 percent are in Europe, 29 percent are in the Middle East, and 8 percent are in other areas. About 70 percent of Tango users play mobile games.

Tango has 160 employees. It raised $367 million to date, most recently in a $280 million round that included China’s Alibaba. Back in 2013, the company unveiled a third-party software development kit that made it easy for developers to add social features in games, such as leaderboards, Tango friend lists, gifting, and game invites. Those features have improved both monetization and distribution, Ying said.

“In just two short months, Tango’s relationships with developers have deepened, and we’ve been able to prove that on- and off-platform marketing brings eyeballs to the games that Tango publishes with Road Riot being a great example of this success,” said Eric Setton, chief technology officer and co-founder.

In fact, if Tango can provide a lot more users to developers, then those game companies don’t have to spend so much money on marketing. Kent Wakeford, chief operating officer at Kabam, made this point at our MobileBeat 2014 conference. He said that messaging networks can be attractive because Kabam can lower its own marketing budget for a title.

Ying joined Tango in July. He previously managed a $10 million games fund for Gree as it expanded to the West from Japan. He also was a senior vice president of publishing at 6waves (a social-mobile games publisher), where he managed the product, marketing, and business development teams while overseeing the U.S. office.