In other words, everyone is making one and very few are succeeding. 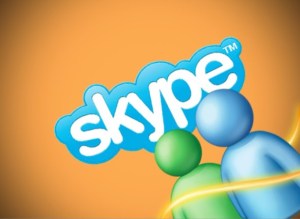 The truth is that if we take a bit of a broader view of this space we will find that while there are so many more apps enabling people to communicate today than there were 15 years ago, the truth is we haven’t really made that much progress from the ICQ days.

Messaging apps are everywhere, but are they really solving our needs as consumers or as teams?

Here are a few of the issues that need solving:

The need for consolidation

VentureBeat is studying marketing tech.
Fill out our State of Marketing Technology survey, and we’ll share the data with you.

For example, think about the process your elderly parent or relative would go through when purchasing a TV. They would decide they need to buy a TV. They would go to a store to purchase one with full intent to do so. When realizing there are 50 TVs on the shelf, they would either turn around and walk out, or spend five very overwhelming minutes, and then turn around and walk out.

In our world of technology, we call that fragmentation, or at least we call the result of all those choices fragmentation. Now you’re wondering: What is this guy talking about? What does my mom buying a TV have to do with messaging apps? Relax, I’m getting there!

Let me ask you this. If you want to send me a message right now, where are you going to send it?

See where I am going with this?

Now I am going to complicate things even more. Let’s say you were putting together a team, not the old school definition of a team, but a group of people you respect and from whom you want input and insights. Let’s say you wanted to communicate as a team via documents, conference calling, messaging, and everything else that teams need.

The answer is … fragmentation. A team in 2014 currently needs anywhere between 5 to 15 tools to communicate. Before you attack, think about it. Yes, there are many startups trying to crack this problem, well, not many, but quite a few, but has anyone succeeded yet?

Can you name one tool that you use as a team and which addresses all your communication needs? No, not a tool you heard of that does this, one that you use! No one has cracked this and it is both surprising and potentially huge for the company that eventually does.

If you want to send me a message, you have, as mentioned above, quite a few options. What happens if you are a normal professional and a mobile app like WhatsApp just isn’t enough? Yes, you can use it to contact your colleagues and even send them pictures, but then, you get to your office and you need to continue that conversation? Then what? Then Google Talk, Skype, or some other messaging service on my computer?

Here is the thing. We are so used to this primitive behavior, that we don’t even realize how absurd it is. We depend on 15 tools to communicate as a team and we need them all because some only work on mobile, some on Web, some for files, some for calling, and on and on.

There is no avoiding the fact that throughout the day, we are on different devices and different platforms. Our communication tools need to offer the flexibility needed to meet those needs, not the other way around. Again, we are used to it but we all know the famous Henry Ford story. When he asked people what they wanted, they said faster horses.

Depending on 5-15 tools to communicate means one thing. Less productivity, which is the last thing a team needs.

Growing gap between real and digital

Think for a second about your typical face-to-face conversation.

Imagine you are now sitting in a room with a colleague and brainstorming about your upcoming launch strategy. What are you focusing on throughout the conversation? The content, right? The thoughts in your head and the words that leave your mouth, as a result, correct? When it comes to digital communication that is not the case.

You see, in real life, communication is natural, it just happens and so, you don’t need to think too hard about how to talk, so you are free to think about what to say. In the digital world, the thought process is quite different.

I sent you a document three months ago and now you want to discuss the content of that document with me. First of all, good luck finding the document. Where did I send it? Email? Dropbox? Google Drive? Skype? Somewhere else?

Once you find it, how can you discuss it with me? See fragmentation issue above.  Now here is the interesting thing. Even those apps/services that are trying to focus on solving this issue, are generally focused on productivity, instead of trying to make the communication more natural.

I believe it was Steve Jobs who said with the original iPhone that its genius is that the keyboard is there when you need it and gone when you don’t. Good technology disappears when not needed.

The same should be true for teams looking to communicate. The communication method should be natural and transparent so they can focus on getting things done. Sometimes messaging your team members is enough, other times, you just need to pick up the phone and make a call.

Have you made a conference call in the last ten years? It is not a very pleasant experience:

People, it is 2014 and VoIP technology has been around long enough for us to move past bridges, dial-in numbers and all the other awkward elements of a conference call in 2014. 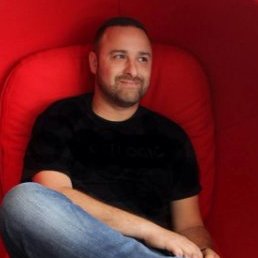 For teams to communicate efficiently, all the tools should be under one roof, thereby making the communication disappear and bringing team productivity to the center, where it needs to be.

I can go on forever, but I will spare you the additional 300 things wrong with messaging apps today. It is 2014 and yet, teams, whether we are talking about startups, design firms, lawyers, doctors, or baseball teams, are communicating like it’s 1995.

I call that ripe for disruption!

Hillel Fuld is the CMO of Zula, a mobile solution for team communication. He is also a strategic advisor at various startups and startup incubators including: Singtel Lyke, UMoove, Curiyo, Inneractive, TestFairy, Webbing, and Selarator.