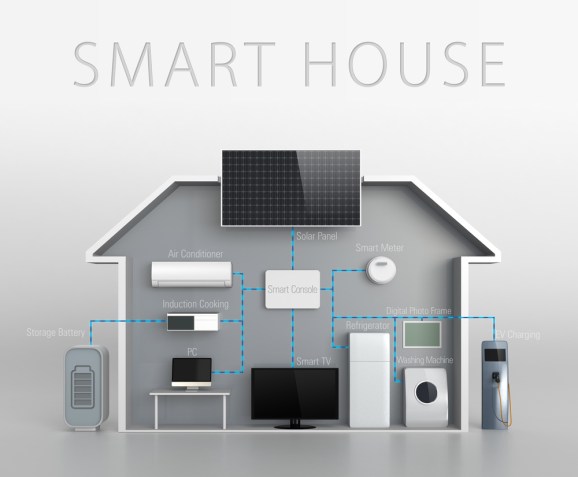 What do you get when you put together one of the guys behind GuitarHero, the founder of a company that makes robots for cops, an M&A attorney, and a Palantir co-founder?

Well, you get Leeo, a stealthy company in the “smart home” space that’s announced it has already managed to raise $37 million in funding from a handful of big names as well as strategic investors.

Unfortunately, Leeo isn’t quite ready to talk about what it’s up to, and very little information about its product is available other than that it’s fancy tech for the home.

But here is what we do know, and what we can hypothesize.

Leeo was founded in 2013 by Adam Gettings and Eddy Chan. Gettings is Leeo’s chief executive. He was previously the chief technology officer and chief robot designer for RoboteX, a company that makes robots for first responders, mainly police forces. According to his LinkedIn profile, Gettings is applying his “background in robotics” to whatever it is that Leeo is building.

Chan is a former mergers and acquisitions attorney and investment banker. The company says that he has also worked as a venture investor in Silicon Valley and Asia and has funded and advised companies.

Brunner founded the Ammunition Group, the designers of the Beats products.

Lastly, both Ivers and Nathan Gettings, Adam Gettings’ brother, come from Palantir, which the latter co-founded. Nathan Gettings is also currently consumer-lending company Affirm’s chief data officer but is helping out Leeo on the side, the company told VentureBeat.

The above team might not tell us very much, but it does mean that Leeo’s products will have hardware involved — design-heavy hardware — and that data modeling and machine learning will be huge components of the software that goes with it.

What else we know

On the investor side, the company told VentureBeat that it chose investors who can also be strategic partners. E.ON is a German holding company that is also one of the largest investor-owned electric utilities companies in the world.

Visionnaire Ventures, run by Taizon Son, whose family founded Japanese telecom and media company SoftBank, is an investor. Leeo says that its working with SoftBank to “leverage Leeo’s enterprise data management solutions and smart home products to distribute such solutions and products through SoftBank and its affiliates.”

Leeo has also signed on Formation 8, Max Levchin, and Scott Banister as investors, further pulling from its Palantir connections.

(Disclosure: Formation 8 is one of VentureBeat’s investors.)

In an interview with VentureBeat, Gettings said that Leeo plans to release multiple products, with the first due out later this year. Whatever it is, it will work with people’s home setup and not really compete with existing “smart home” devices, but rather complement them.

“It’s really about facilitating that connection when you’re in your home and away,” Gettings said.

Huang added that the company’s goal is “to add smart features in a less disruptive way,” meaning that its products won’t force customers to uninstall current products or make significant changes to systems already in place in their homes. Leeo’s products will work with those.

Gettings and Huang also emphasized the role of data, saying that it will be used both in the aggregate, to provide insights to help large groups of folks, and at the individual level, synching up and communicating with the data from a customer’s other home devices and systems. The company also assured us that it’s not in the business of selling data, so advertisements and such won’t be showing up on Leeo’s products.

Moreover, Gettings’ LinkedIn profile says that, “Leeo is a family of products and services that open up the communication between consumers and their homes. By listening and uncovering hidden insights, Leeo suggests actions to achieve greater safety, comfort, and confidence in whatever place people call home.”

So while not many specifics are known, we’re thinking Leeo’s first product will likely be a piece of hardware, beautifully designed, that will link up with a couple (if not more) existing home systems, likely thermostats and home security. It will also have an app (we’ve spotted mobile developers working for Leeo on LinkedIn) that will give you suggestions and insights based on what it’s pulling from your home systems, likely to help you save energy and money, and overall discomfort.

So if you were getting worried about having to part with your beloved Nest thermostat, don’t be. Leeo’s product will likely play nicely with it.