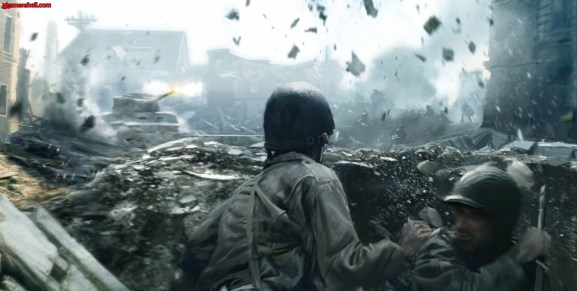 It’s a development term you may have heard before: the design document. But one game-making consultant believes that if you have an idea of what your game is but keep it in Microsoft Word or a physical binder, it’s probably not going to do you any good.

Developers should put their design documents up on the wall, said Evan Hirsch, the founder of consulting company Engine Co. No. 4. During a presentation at the GamesBeat 2014 conference in San Francisco earlier this week, Hirsch explained a number of things that studios could do to prevent a project from spinning out of control. One of the big things he touched on was making sure that everyone working on a game understands what it is.

“Great products over deliver on a simple focus,” Hirsch said. “To keep that focus, it’s complexity that will do you in. If you can’t tell me the game in one sentence, without using six other games to describe it, you’re probably going in the wrong direction.”

Hirsch says he’ll go into companies he’s consulting at and ask all of the employees what game they’re making. He isn’t surprised when gets several different answers at companies that have a design document that isn’t in everyone’s face, every day.

“When your game [design goals aren’t] up on your walls and they can’t see it and live it, they are effectively blindfolded,” he said.

The consultant pointed to the development team responsible for an older World War II shooter from Electronic Arts called Medal of Honor: European Assault as having a particularly smart way of keeping its team on target.

“My favorite prototype that I ever saw was [producer] Chris Cross designing Medal of Honor: European Assault in a 6-foot little sandbox at EA,” said Hirsch. “He had miniature army toys, and it was genius. They would actually [set everything up] and Polaroid the fights. He would put [those pictures] up on the walls, and everyone could see what the level they were designing should be in minutes.”