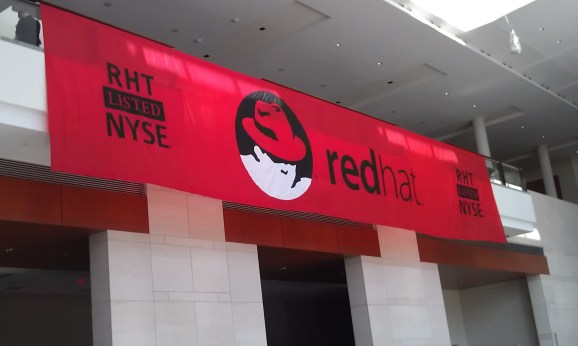 Updated Friday with comment from Red Hat on the growth of Red Hat’s core businesses.

Red Hat, a tech vendor that sells operating-system and cloud software for big companies, made a necessary move today. It announced that it’s buying FeedHenry, a startup with tools for building, running, and managing mobile applications.

That’s a wise addition to Red Hat’s existing platform-as-a-service (PaaS) capabilities for building and running apps, as more web traffic derives from mobile devices, and as workers start to expect that they can and should be able to do their work with such gadgets.

FeedHenry falls under the mobile-backend-as-a-service (MBaaS) label, and it’s not the first time that type of startup has been snapped up. Some of the giants that haven’t opted to buy cloud-based platforms for creating applications have opted to build their own tools in-house.

For Red Hat, buying FeedHenry is a quick solution to the increasingly critical need for cloud-based mobile-development tools that securely integrate well with companies’ existing architectures.

The deal should have serious implications, even if it’s not the first prominent MBaaS acquisition. (Previously Facebook bought Parse, and PayPal bought StackMob.) Now there will be even more pressure to build or buy MBaaS and take advantage of startups already in that business, including Appcelerator, Kinvey, and Kony.

What’s more, the deal could lead to a rapid drop in the commercial value of basic mobile-backend tools in the cloud, simply because Red Hat is the buyer. As Red Hat said on a question-and-answer page about the deal, “Red Hat has long shown its commitment to open-sourcing the technology it acquires. We have no reason to expect a change in this approach.”

Not only will cloud infrastructure and platform providers need to bump up their mobile-backend offerings now, but they’ll also need to find other ways to make money through new mobile services.

Amazon in July announced mobile services that compete against Parse, which is an Amazon customer.

Google has Cloud Endpoints, which became available for anyone to use in November. It’s unclear how many companies pay for the service, but Google does have it at the ready.

VMware has incorporated the mobile backend from startup Kinvey to deliver the mobile offering it announced for vCloud Air public cloud last month. That’s somewhat surprising given that VMware had previously invested in FeedHenry. The news today could easily have been that VMware acquired FeedHenry, but that’s not what happened.

The fact that VMware ultimately chose Kinvey and not FeedHenry to provide the backbone could turn out to be a boon to Kinvey.

At the same time, the acquisition could also be a blessing for the other mobile-backend startups that remain independent.

“I think what will change is, if anything, the competition starts to get more interesting now,” Sravish Sridhar, Kinvey’s founder and chief executive, told VentureBeat.

As for why Red Hat decided to make a move in mobile development in the first place, Sridhar thought the Linux distribution seller thought its core businesses were not growing as much as they used to, with new types of applications coming out.

“We need to have something for where our customers are going next,” Sridhar said while trying to crystalize Red Hat’s thinking.

Red Hat disputes the notion that the company’s core business growth was slowing. We reported our Q2 results yesterday,” a spokeswoman wrote in an email to VentureBeat on Friday, “and during the earnings call, Charlie Peters, Red Hat’s CFO, shared that subscription revenue for infrastructure-related offerings was $332 million, up 16 percent year over year, while subscription revenue for application development and emerging technologies offerings was $57 million, up 44 percent, and now approximately 13 percent of total revenue.”
Whatever Red Hat’s reasons, the deal will be good to investors in FeedHenry, which in 2010 spun out of the Telecommunications Software and Systems Group at Ireland’s Waterford Institute of Technology.