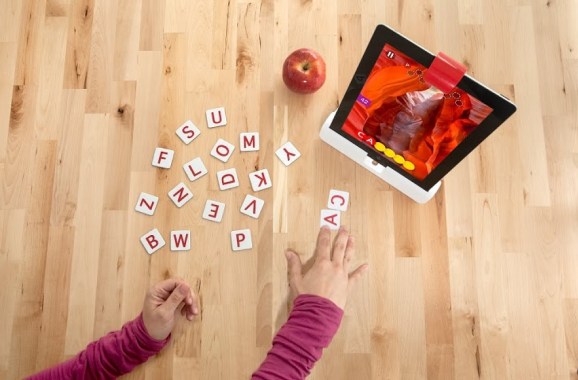 Tangible Play is announcing today that it has begun shipping Osmo, which combines an iPad app and physical objects to entertain kids with a new breed of social games.

The company has accumulated more than $2 million in preorders for its educational title. Tangible Play will now begin shipping Osmo games to more than 2,000 schools that have preordered it. That’s a particularly good reception for an educational product, and it bodes well for Tangible Play, which is a rare startup — it marries Silicon Valley tech with education and gaming.

Pramod Sharma, the chief executive of Palo Alto, Calif.-based Tangible Play, said in an interview with GamesBeat that Tangible Play is also unveiling MyOsmo, an online platform that allows anyone to design new games that take advantage of the Osmo system. That opens the door for user-generated creativity.

“We are shipping on time and I am excited about that,” Sharma said. “We continue to get traction, and I’m very thankful to the press for publicizing it.” 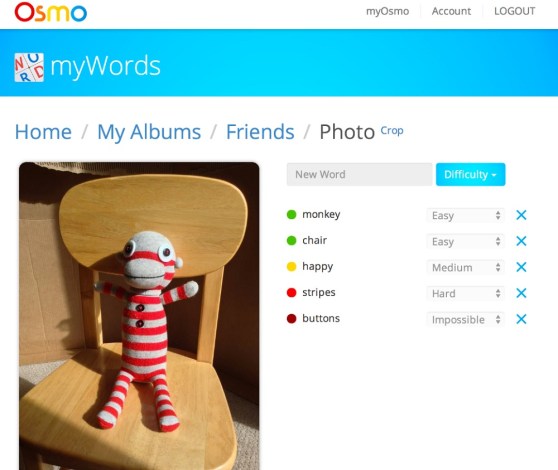 On the iPad screen, you may see an image of a bear. You can toss out letters quickly to spell out B-E-A-R. But you may get it wrong as the word may have only three letters and it may really refer to the C-U-B behind the big bear. If you guess wrong, Osmo will record that as a strike. If you guess right, the correct letter will appear on the screen. 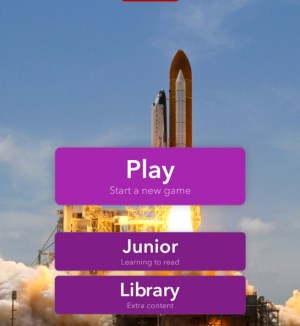 The games are creative, educational, and social. So you can see why parents and teachers may like them. They’re also novel enough to be fun, and that’s what kids may like.

With the MyOsmo website, you can upload your own pictures and words to create your own Words experience. The process is simple enough so that anyone can become a game designer, Sharma said. You can capture new images using the iPad, and then play with those pictures a few seconds later using Osmo. Tangible Play is also announcing a Junior Mode in Osmo Words for beginning users (in preschool or kindergarten) to learn how to play the game before moving on to harder levels.

“Teachers can upload their own content, and make it more educational,” Sharma said. “Anyone can be a game designer, like anyone can make a movie with a smartphone camera. The bar for becoming a game developers is getting lower and lower.”

Tangible Play started its preorder campaign just four months ago, after conducting extensive beta testing with schools. The campaign spread by word of mouth among hundreds of teachers and kids from more than 150 schools in ten different countries. Sharma said that word-of-mouth news helped the company’s preorder campaign immensely. Using its existing alphabet, Words can be expanded to more than 23 languages.

“The team at Osmo wants to open up the doors to creativity and allow any content, language or education subject to be brought into our platform. We want you to be able to shape your own experience,” said Sharma. “This is just the beginning of a play movement that will bring together parents, grandparents, children and teachers.”

Started in 2013 by Pramod Sharma and Jerome Scholler, Tangible Play is a game company built around its proprietary Reflective Artificial Intelligence, which recognizes shapes or words using the iPad camera. Sharma spoke on a panel on the future of game technologies at our GamesBeat 2014 conference this week.