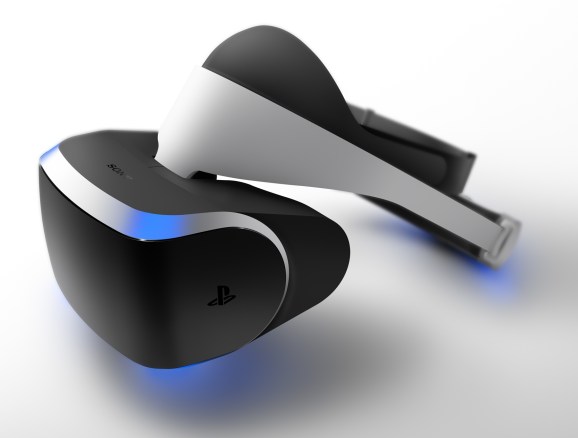 The Oculus Rift virtual-reality headset is coming soon, but Sony could beat it to market with its own device.

The PlayStation company is hard at work on Project Morpheus, a head-mounted display that connects to the PlayStation 4 and creates an immersive VR experience. While Sony still won’t say when it plans to release Morpheus, it confirms that it is nearing completion of the development process. Sony Worldwide Studios boss Shuhei Yoshida explained that the team designing Morpheus has finished 85 percent of the work to get to a final product, according to The Wall Street Journal.

Like the Oculus Rift, a similar head-mounted display from Oculus VR and Facebook for the PC, Morpheus uses smartphone parts. That should enable Sony to introduce the device at a relatively low price. That’s important because Facebook has already said that it wants to put the Rift on market at a consumer-friendly price.

Sony has showed off the Morpheus in action at several events this year including the Game Developer Conference in San Francisco in March and the Electronic Entertainment Expo tradeshow in June. While it is nearing completion of the hardware, software is likely still another story. The company has only demonstrated early proofs of concept, and much of the development support is likely to come from people who are already making stuff for the Oculus Rift.

Oculus VR has sent out thousands of development kits to creators and hobbyists around the world, and several early games are already available for that device. If Sony has sent out development kits for Morpheus, it has kept that quiet, and it’s likely not on the scale of Oculus Rift. Still, Yoshida is already thinking about the potential for PlayStation VR beyond gaming.

“With the Morpheus and PlayStation 4, we can offer them a totally new virtual-reality experience in a lighthearted and fun manner,” he told the WSJ.

The Sony game-development boss pointed to ideas like enabling people to experience simulated travel. He also believes VR could lend itself to creating interactive education.

VR has a ton of potential to change the industry. That’s why Facebook spent $2 billion to acquire Oculus VR earlier this year. And Sony could use something that big to change its fortunes. Yesterday, it announced that it is increasing its loss forecast from around $460 million to $2.14 billion. That is primarily due to its sinking phone business. One of the company’s few bright spots is its PlayStation business, and Morpheus could build on top of that.