Oculus VR is getting closer to the consumer version of its Rift headset.

The third major revision of the Oculus Rift virtual-reality development kit is called Crescent Bay. It has improved optics, 360-degree motion tracking, and it is much lighter. It also features integrated audio, but that is optional. You can move the headphones out of the way to use your own headphones.

“None of this is perfect yet, but it’s much, much better,” Oculus chief executive officer Brendan Iribe told an audience of developers at the Oculus Connect conference in Hollywood. “It’s in a state that we are prepared to show you today.” 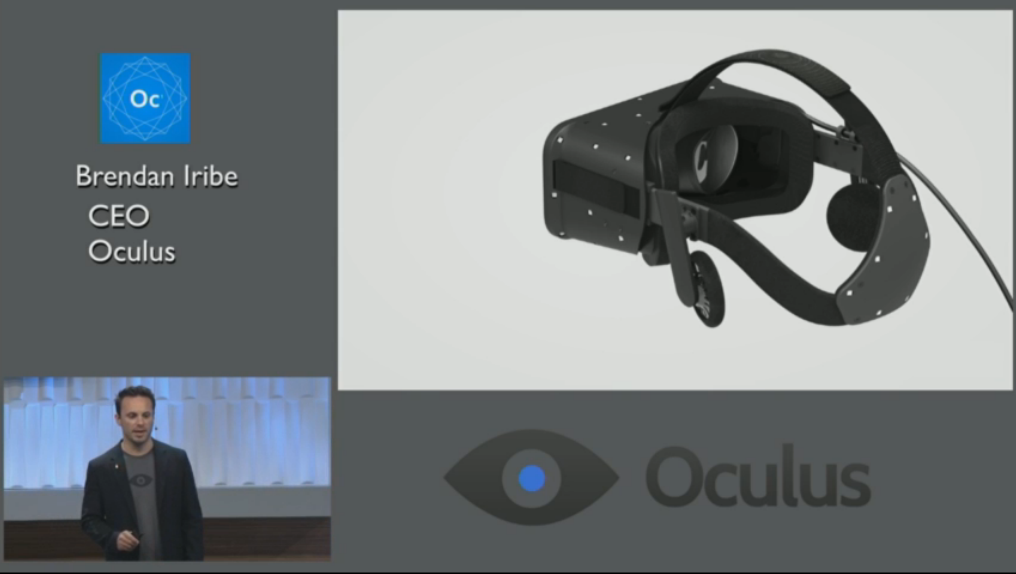 Oculus VR is holding its Connect conference right now, where it is working with developers to prepare for the consumer launch of the Rift headset. The company handmade the Crescent Bay versions of the development kit, and they will let the Connect attendees try out the device for themselves.

“The progress we have made is incredible,” said Iribe. “I cannot wait to see what we accomplish over the next few decades.”

In addition to the new headset, Iribe touched on Oculus’s growth. Earlier this year, social-network Facebook acquired the virtual-reality company for $2 billion. Since then, Oculus has brought on more than 100 new engineers to work on the product. That was double the number of employees that the company had prior to the Facebook acquisition.