Well naturally, it helps to have a massive audience. But increasingly, it also depends on being able to segment and target that massive audience in real time with relevant multichannel messaging and customized offers.

“One of our larger customers found a segment of users that had never made a purchase but were engaged — they came to the app but never bought anything,” Appboy’s Mark Ghermezian told me last week. “They communicated with them only via in-app messaging and saw two percent of them add their credit cards … generating $100,000 of additional revenue with this one message.”

Not every app publisher will have the millions of users that it likely takes to pull of that feat.

But more and more developers are signing up for platforms that allow them to market to their users — and even personalize their apps, rewards, and offers for individual users — in just the same way that more traditional marketers have done for years with tools like CRM, marketing automation, and conversion-testing platforms such as Optimizely.

“About 50 percent of the top Asian apps use this kind of functionality,” a Nudge VP told me at GamesBeat 2014, stressing it was a rough estimate. “Perhaps only 10 percent of apps here do, however.”

We’re studying mobile marketing automation for VB Insight
Answer our survey, and we’ll share the data with you

The functionality goes by many different names: mobile marketing automation, live ops, engagement engines, and more. The key players include Upsight (formerly Kontagent), DeltaDNA, Kahuna, LeanPlum, PushSpring, Localytics, Tapjoy, which just acquired 5Rocks to get into this space and Swrve, which is monitoring 75 billion user actions by 500 million people each month and just raised a $10 million series B, plus others such as Appboy, Nudge, Urban Airship, and perhaps Playfab and Playnomics (now part of Unity).

It’s not just about push notifications sent to your phone.

Ghermezian isn’t impressed, for instance, with mobile push provider Urban Airship, saying that push is a commodity that anyone can do (although Urban Airship also offers audience segmentation and mobile marketing automation solutions).

Rather, it’s about combining multiple channels of messaging — push notifications, in-app messaging, even email — with precise targeting. And then layering on multivariate testing to optimize conversions. Higher-order solutions also add the capability to customize game-play or app behavior, making a game easier for weaker players, providing power-ups for someone who is continually failing to pass a level boss, or providing some printing credits in a photo app, for instance, to convert a user to a paying customer.

Some marketing automation tools even add other out-of-app marketing options, in some cases, such as retargeted ads.

“For instance, we can create one segment, then test 18 different messages for it, and then layer retargeting options on top of that,” Ghermezian told me. “For any given segment, we can then retarget based on their behavior … for example whether they’ve opened your email or not.”

The multi-channel messaging is important, he says, because 50-70 percent of users are turning off push notifications on their phones. Using different channels and messaging allows app publishers to reach more of their base, potentially up to 100 percent. 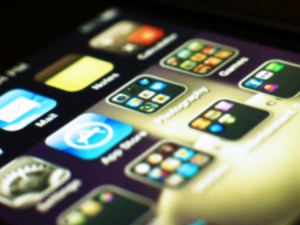 The results are clear, Ghermezian says, citing clients such as Urban Outfitters, Shutterfly, and the Glide video messaging app, who are all able to specifically target very narrow segments of users and market to each of them. For example, Shutterfly can target users who haven’t uploaded any pictures at all or users who have uploaded over 1,000 pictures but never printed anything.

Or, app makers can target users who have turned off push and reach them via other channels.

“Our premise is that we first build the most robust platform for the backend for marketers,” Ghermezian told me. “Then we allow them to create as many segments as they like, provide every channel that they need to talk to that customer, then layer over multivariate testing, and finally optimal time messaging … the most optimal time to communication across push, email, or in-app messaging.”

“I can’t comment on that,” he answered predictably. “The big players in the industry … don’t have a mobile product. They’ll try to build one, but just having a push product doesn’t work.”