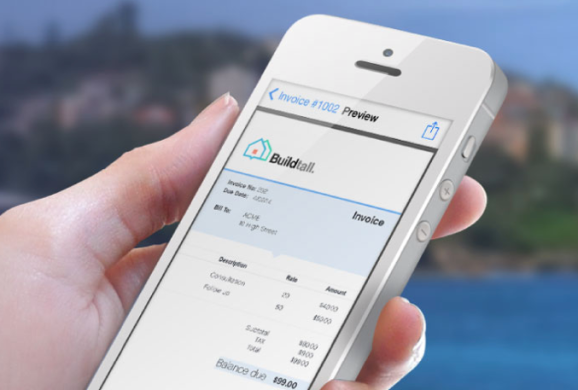 This is the first round of financing since the company’s founding in 2002, new CEO Greg Waldorf told VentureBeat. Previously, Waldorf had been CEO at eHarmony, Lead Director at real estate site Trulia, and CEO-in-Residence at venture capital firm Accel Partners.

Until this point, he said, the company “totally bootstrapped” itself. Founder Chris Strode “felt he [now] needed the outside capital to invest in the business because the opportunity was so significant,” Waldorf said.

The new money — from Accel Partners, Ribbit Capital, and Waldorf — is being used in part to move the company’s headquarters from Sydney, Australia to Palo Alto, Calif. Although founded in Australia, it is now a U.S. company with an Australian subsidiary. Product development and engineering will remain in Sydney under Strode’s direction, while Palo Alto will handle marketing and growth.

The financing will also help to “expand the invoicing product into a more global business,” Waldorf told us, beyond the footprint it currently has in English-speaking countries. This involves not just translation and marketing, he pointed out, but localization to specific national conditions.

“In Brazil,” he noted, “companies have to be licensed [by the government] for the invoicing process.”

Invoice2go, which claims more than 100,000 business users worldwide, will also attempt to boost its sales to freelancers in the U.S.

With other cloud-based invoicing services out there, such as FreshBooks or Intuit, where does Invoice2go see its competitive advantage?

“Our biggest competitor,” Waldorf said, “is the person who uses an invoicing pad or a Microsoft Office template.”

Compared to either those old-fashioned techniques or more contemporary cloud-based versions, Waldorf said, the company’s “number one thing is that we’re very easy to use,” in addition to its emphasis on a mobile version. The company notes that it was one of the first to offer a mobile invoicing app, which it says is now the top grossing business app in over 50 countries.