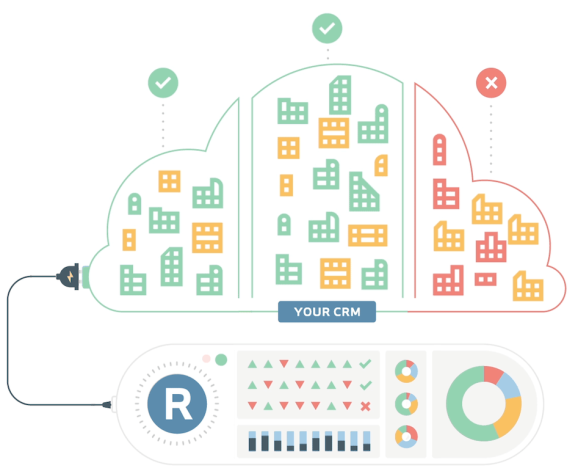 Digital marketing lives on insights derived from its accumulated data. Today, marketing intelligence provider Radius, which gathers and assesses that information, announced it has landed $54.7 million to help make more marketers even smarter.

“The DNA of Radius is data science,” CEO and founder Darian Shirazi told VentureBeat. Accordingly, he said, the new Series C funding will help “hire as many great data scientists as we can.”

Shirazi sees data analysis continuing to propel marketing, with the next generation of marketing automation being even more centered on marketing intelligence tools than the current one.

The company integrates customer data from a huge variety and number of sources with a company’s CRM-based data, analyzes it, qualifies leads based on the data, and makes recommendations for next steps toward making sales to those leads.

But Radius is not the only company trying to make sense from all of that information to determine what buyers and would-be buyers have done, are doing, and are probably going to do.

Shirazi said that his company’s differentiation from, say, such competitors as Lattice Engines or Infer is its emphasis on Salesforce integration and its capability to give intelligence you can actually use. 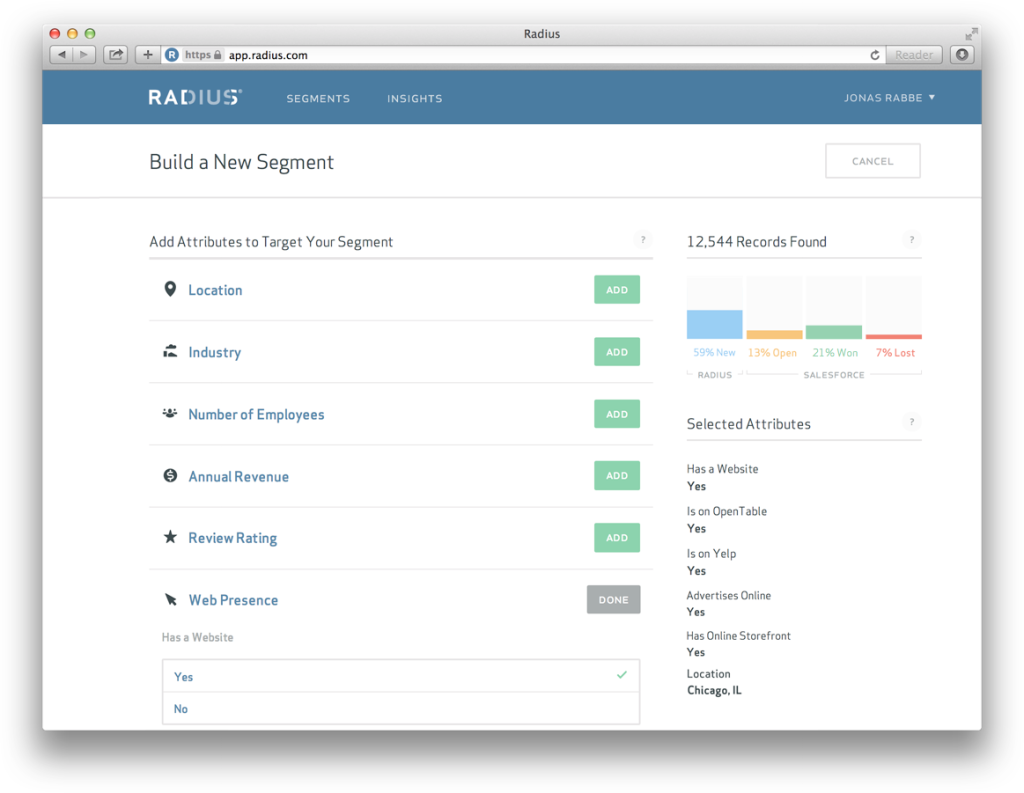 Above: A Radius screen, showing some data selection factors for sales targeting

The new funding is added to the $13 million the San Francisco-based company raised late last year in a round led by Formation 8 Partners and the $12.4 million scored in November of 2012.