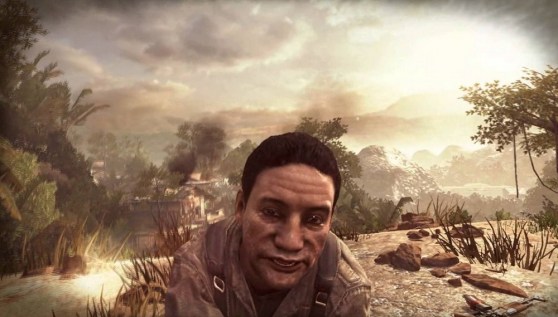 Above: Manuel Noriega in Call of Duty: Black Ops II

Question: Have you played Call of Duty: Black Ops II, or are you just familiar with clips of it?

Giuliani: I’ve watched the whole thing, but I haven’t played it. I watched the whole thing right straight through, and then I watched the Noriega part a couple of times, in order to demonstrate to myself, in essence, what a small role he plays. I guess I should stop using the word “absurd,” but I find it really strange that he’s bringing this lawsuit because he’s such a small part of this video game. If this were a movie, when they had all the credits at the end, he’d be right down at the bottom. [Former U.S. military leader David] Petraeus is in this. Ollie North is in this. President Bush is in this. They’re not suing.

I should point out, because this is important to the legal argument made in the anti-SLAPP motion, that the scenarios he’s put in are fictional. They’re works of art. They’re created by the author, who is a very substantial author. This is creative fiction where he is the historical figure, but it is not a depiction of what he actually did. That is quite common in these books that are historical fiction.

GamesBeat: I was curious whether this matter had been litigated before by other famous people.

Here, in the Noriega case, you cannot play Noriega. He is not a major figure. He’s a bit player, unlike the football players. He’s not doing what he usually did. It’s transformative, meaning he is being put in a fictional light. That last word that I used, “transformative,” is very important because under the anti-SLAPP motion, if the court finds that he’s used in a transformative way, then we have full free speech protection. In the case of the football players, it was found that it was not transformative enough.

In this particular case, Noriega is a small part, one of 45 characters, less than 1 percent of the game. Noriega is not playable. Noriega is not marketed. Nobody is buying Call of Duty, unlike these other cases, because of Noriega. Not one review, among thousands, even mentions Noriega.

Claims like this have been rejected in the context of the movies, and movies are no different than video games from the point of view of the legal situation. Transformative characters in a historical context have been held, in other cases, to be protected. In other words, protected free speech. Rudolph Valentino’s heirs lost a similar claim.

There are cases where people have recovered, but those are all cases in which those people were major figures and where they were portrayed doing what they actually do, as opposed to minor figures being used in a transformative light, being used in a creative way. It becomes a work of art. It becomes the author’s creation, and now you’re stealing that creation from him. 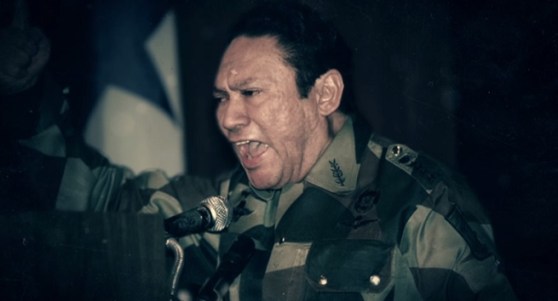 Above: Manuel Noriega in real life

Question: You’ve mentioned that he’s in less than 1 percent of the game a couple of times. I wanted to communicate to our readers how that’s measured.

Giuliani: That’s measured based on the amount of time that most people play the game, the average time that people play the game. He is not a character you can play, so something like 97 percent of the — I think I have this right. I think 97 percent of the people who play the game used the playable characters. Only 3 percent used the non-playable characters. He is roughly one-third of that. I believe that’s the way it was done. It takes into consideration 100 hours or more, including multiplayer and zombie modes. The multiplayer and zombie modes do not involve him. They make up 97 percent.

If you were to say, in the remaining 3 percent that he’s involved in, all they did was watch him, at most he’d be in 3 percent. They don’t only just watch him, though, because they can’t play him. That’s how we come up with the one percent. But if you wanted to have the worst possible case against us, you could say at most 3 percent. It’s actually 1 [percent] when you do the analysis.

I should also point out, if I may, there’s something about this I wanted to mention earlier. When I talked about evil versus good — Noriega, one of the most evil men of our generation, suing a good company that employs 7,500 people, has found jobs for 5,000 veterans – there’s a second part of this as well. Call of Duty is a good-versus-evil story. This betrays some of my age, but it takes me back to the old John Wayne and Clint Eastwood movies, where the good guys win and the bad guys lose. I have some real affection for that kind of fiction. When I watch it, it reminds me a lot of that. I hope people remember John Wayne and Clint Eastwood … .

Question: If this motion is denied and this does make it to trial, will you be leading the arguments for Activision?

Giuliani: Could be. We’ll see. I love being a lawyer. It’s my first love. I’ve been practicing law at Bracewell for nine years now, so it’s not as if this is my first case. We’ll make those decisions as we move along. Right now, our anticipation is that we’re going to win the anti-SLAPP motion. We think it’s a very strong motion.

If I didn’t take you through that, what that motion means is, if you’ve been sued, your First Amendment free speech rights have been put in jeopardy, and you can demonstrate that — and that obviously has been done here — then the burden switches to Noriega to show that he has a probability of success on the merits. If we can show that we used him in a transformative way, that’s a complete defense for us. Then the case would be dismissed.

We believe that we have used him in a transformative way. That’s why I looked at it three or four times over again, just recently. Yes, it’s Noriega, the historical character he created for himself. But then the situations that we put him in are totally fictional situations. They’re transformative. It’s like Abe Lincoln the vampire slayer.