Apple released an update to the latest version of its mobile operating system iOS 8, and then almost as quickly pulled it.

The new version, 8.01, fixes a number of problems, chief among them a bug in Apple’s consumer health data platform HealthKit.

However, the new update also came with some new problems. Several people who have downloaded the update say they are now having problems with the iPhone’s fingerprint reader, and several others report that the update is causing interruption of cellular service.

A slew of HealthKit-based apps were supposed to show up in the app store last week, but a last-minute bug in HealthKit prevented their releases. Many of the apps removed the HealthKit technology so that they could launch on schedule with iOS 8.

The HealthKit problem now fixed, the apps can build HealthKit integration back in. Some developers VentureBeat has spoken with say their updated apps will launch next week.

The new update intends to resolve a number of issues, including: 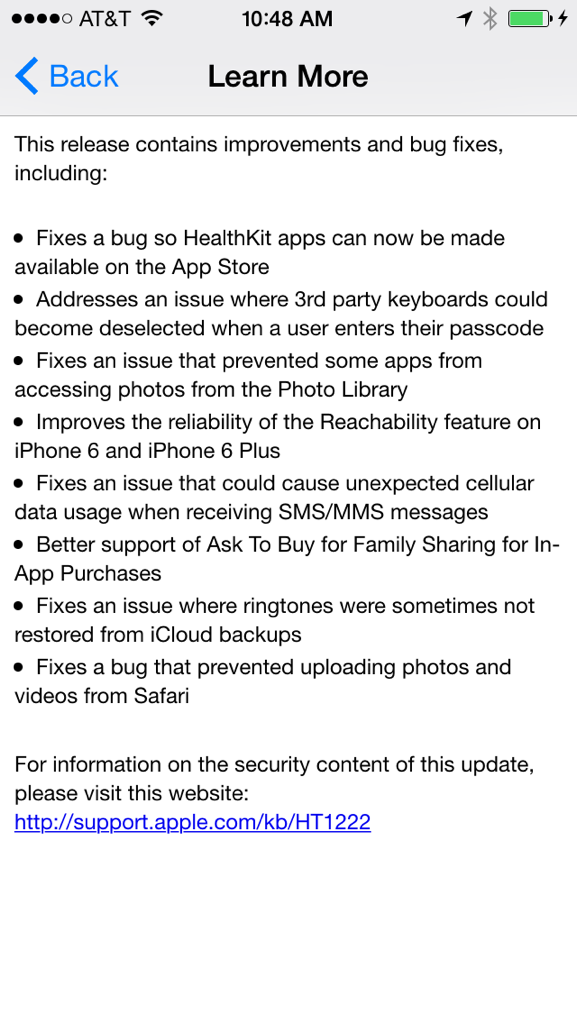